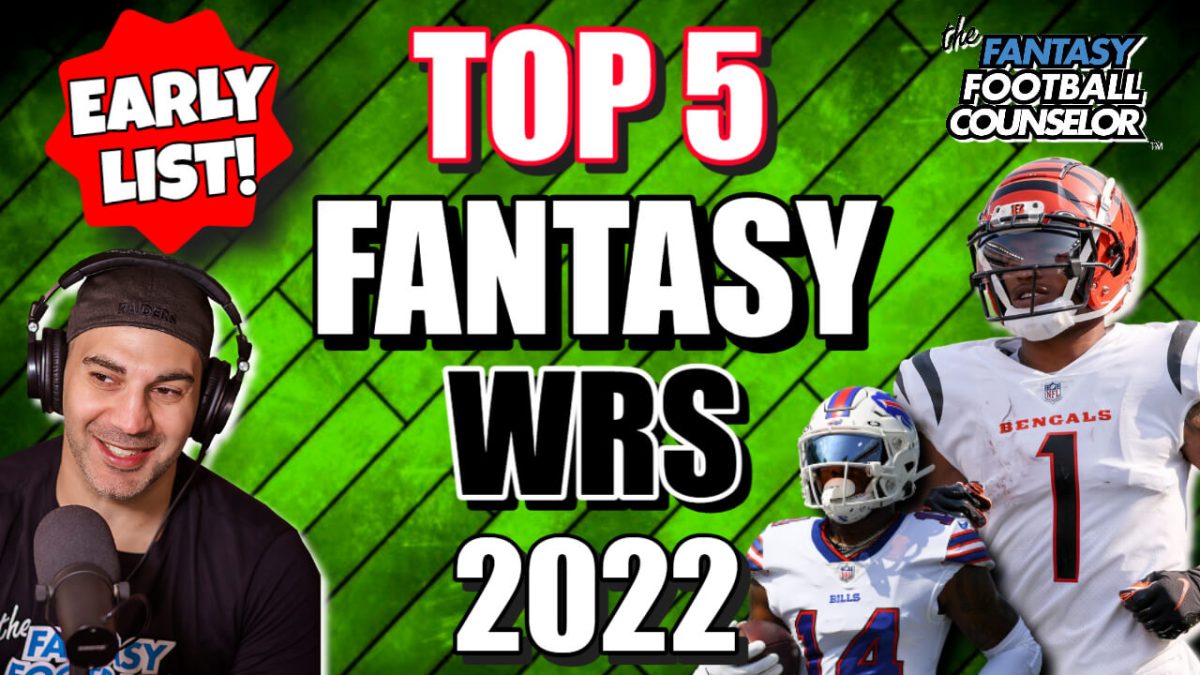 This is the very early TOP 5 WRs list. The Fantasy Football Counselor lays out the top 5 WRS going into the season.

Taking a look at these TOP 5 WRs going into the NFL season, I have been rest assured that you should never over-pay for a WR in your fantasy football drafts. As you can see guys like Tyreek Hill and DeAndre Hopkins have fallen off for me and you can always get a lot of value at this position.

Stefon Diggs will continue to produce on a high level as long as he and Josh Allen are together. he will remain the #1 in Buffalo and no one will take that spot away from him.

A rookie that I called and told you to draft for value in my 16 Rounds Draft Solution in 2020, is still booming. Now he did see a uptick in TDs with Adam Theilen getting hurt near the end of the season, but Jefferson dominated in Targets and fantasy points. He is young and will still continue to produce on a high level. I just wont be paying the price to draft him at all.

The Mainstream Fantasy Football Sheep were sleeping on Ja’Marr and guess what? Now they love him. I told you you can get value at the Wide Receiver position and Chase is just one example of this.

My 4th Round Draft suggestion in my Draft solution, Cooper Kupp turns out to be a home run. All the mainstream analysts had Robert Woods ahead of him. Now they love Cooper Kupp. If healthy, he should produce on a high level again but I am expecting a decline for him again this season.

Great Talent and can easily finish on top again. My big question is when is the major decline coming. He is definitely due! Adams has been consistent, but what goes up comes down!

Make sure you are subscribed to dominate your leagues!