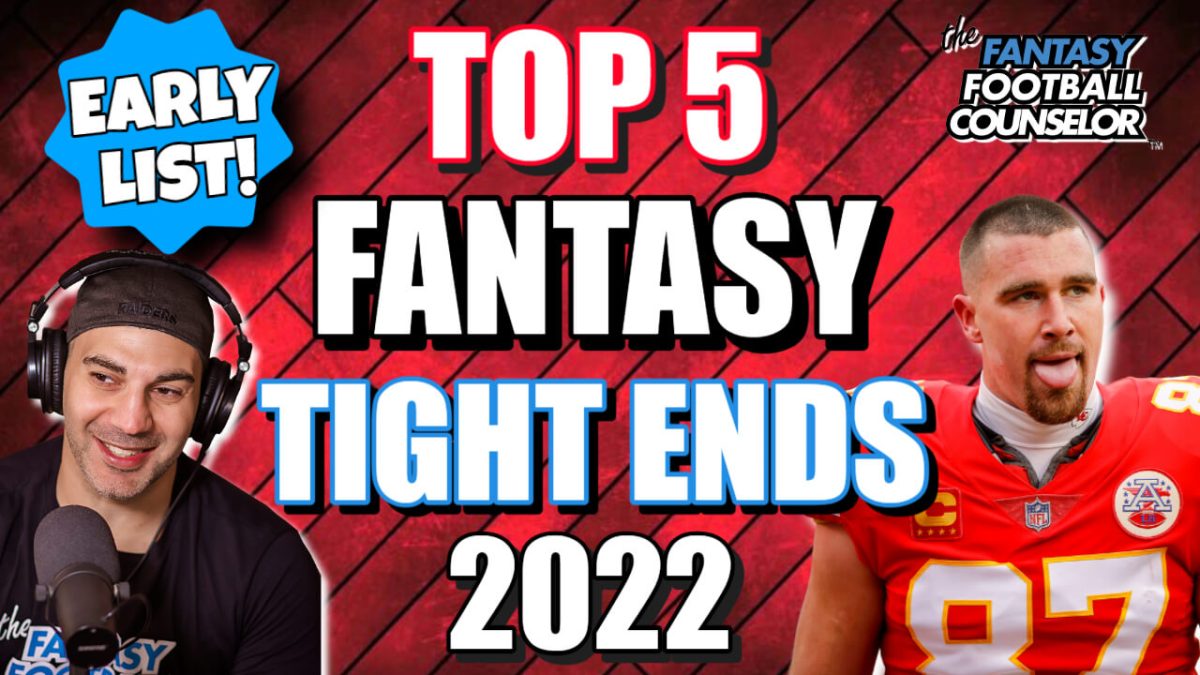 Top 5 Fantasy Football TEs 2022. The Counselor lays out the early list of the best Tight Ends going into the NFL Fantasy Season.

These are the top tight ends going into the season and let’s talk about why. Note that this is a very early list and things will definitely change very soon.

I got Rob Gronkowski at number 5 for the very simple reason that if he is on the field he produces. As long as he and Brady are together and he stays healthy, there is no reason why he is not in the top 5 in finishes for 2022. I just hope he doesn’t retire and then in that case we gotta take him out of this list. The man just played 12 games last year and still finished 7th among TEs. He may have one more good season left in him after all.

Coming in at number 4 you have to consider Kyle Pitts. He was arguably the most talented player coming out of the 2021 NFL draft. I don’t see him regressing this upcoming season but only getting better. Even though he was really inconsistent, he still finished 6th among Tight ends with 176.6 PPR points. There really is no way but up for him. You also have to consider that Calvin Ridley was sidelined and that he was the main focus of the opposing defenses. He should see a spike in targets and fantasy points next season.

I will definitely not pay early draft capital for George Kittle this season. The same way I avoided him last season.  I don’t care that Kittle finished 4th among TEs in PPR Fantasy points in 2021. He was very inconsistent and I will not be drafting him at all. The only reason he is top 3 is that he is a talented player and the other tight ends in the league are just not producing much better.

The man Travis Kelce who always finishes on top in Fantasy points among Tight ends actually finished 2nd this year. He is due for a decline eventually, and it’s just a matter of time. I see him having one more solid year before he falls off the fantasy football cliff. I will not be drafting a TE in the 2nd round ever.

301.1 PPR Fantasy Points, 1361 yards, and 9 TDs. What a great year from Mark Andrews. People will pay the overinflated price for him this year. I won’t Decline imminent. Based on the terrible performances of the rest of the Tight Ends I had to put him at number one for now, but this may change.