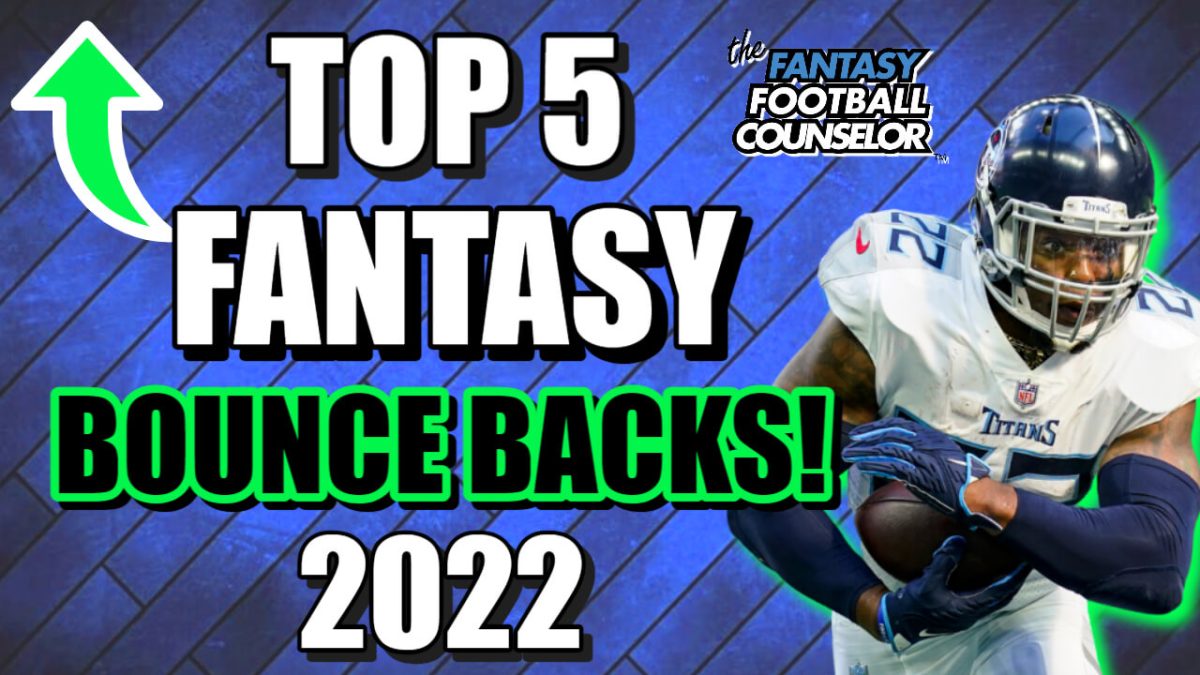 5 Fantasy Football Bounce Back players you can get for a great value in 2022 NFL fantasy Drafts.

He is the king. I see a bounce-back season from Derrick Henry. He is an absolute beast and should never be underestimated. I feel based on last year’s injury people will be sleeping on him and this is a really good thing. One thing to note is that in just 8 games he amassed 219 rushing attempts and 10 Touchdowns. I am all about the volume and he is second to none when it comes to volume.

You can combo both CMC and Saquon Barkley in this equation. Both are plagued with injuries and just can’t seem to get it going. Looking at early consensus rankings I am seeing that the mainstream will still be all over Christian McCaffrey. I think maybe and just maybe these two have one more good season left in them when it comes to fantasy football. I am still not drafting either one of them. They have been super inconsistent that past few years and I can’t trust them at all. I feel there are safer options and I will be exploring those. I find these two value modeling over football based on what I have seen.

Hustle Russell Wilson had a bad 2022 season that was completely out of his character. He is typically a 4000 plus passing TD QB and he only threw for 3113 yards in 2021. This won’t happen again and I don’t see it. I am seeing a bounce-back season in 2022 and I think he will be great value in drafts. It all depends on if he stays with the Seahawks as well. It will be interesting to see what happens in the off-season. This is an average Draft Position I will be watching.

This is a player I warned against and said you should not draft at all. His first-round draft capital was way too expensive last year.  Hopkins only played 10 games and didn’t see the volume when he was on the field. I am not excited about him in 2022 either but should bounce back based on last year’s performance or lack thereof. Target Share will still be an issue if he stays with the Cardinals. Way too many targets and his volume will be spread thin.

Darren Waller had some knee and ankle issues last year and should be fully recovered in 2022. I am hoping that the sheep sleep on him and that I can get him for a great value. He had 19 targets in week one and still is Carr’s favorite target.

Remember that just because I said that they will bounce back doesn’t mean that I will personally be drafting them. It means that I just don’t see them doing as poorly as they did last year. Also, this is why you must grab the 16 Rounds Draft SOLUTION to dominate your drafts. It will make sure you have a back up plan for a backup plan and you will be light years ahead of the competition. It is all about depth and any one player can’t make or break your fantasy football team.