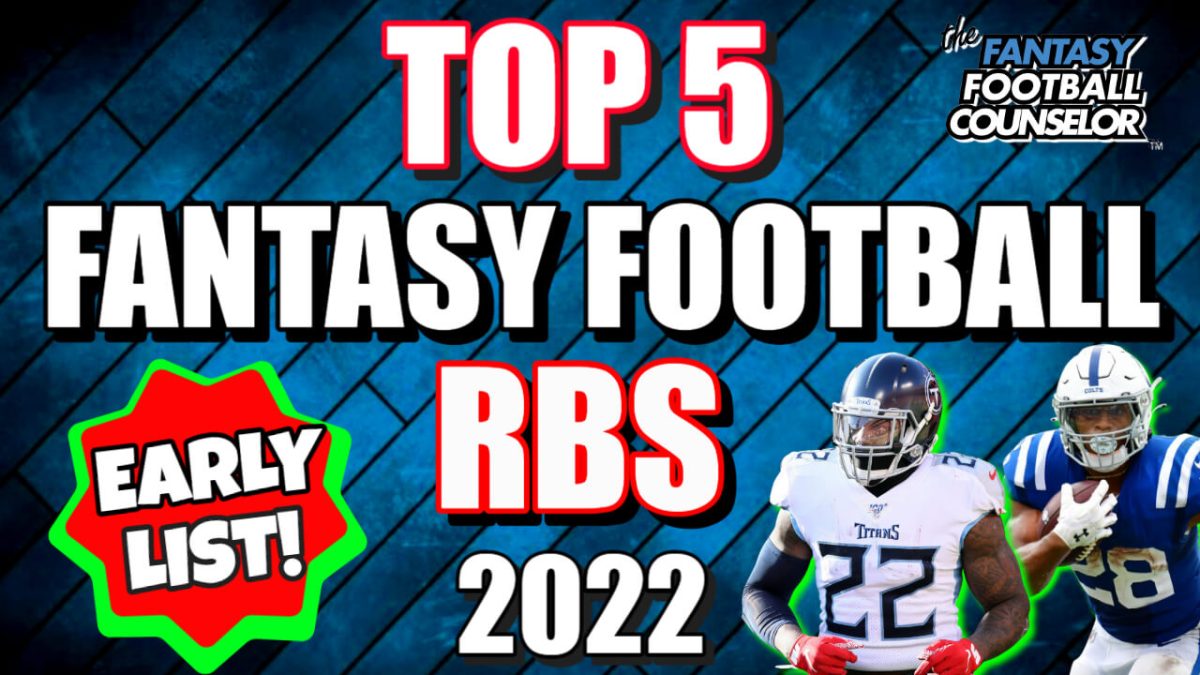 Very Early Top 5 Fantasy Football RBs 2022. The Counselor lays out the safest 5 Running backs to draft in 2022 that have some upside as well.

Derrick Henry has one more boom type of year left in him. He has more in the tank and will bounce back stronger than anyone else in the NFL. He only played 8 games and had 219 attempts. He is a beast and could still break records next season.

They just need to improve the o-line and Najee Harris will eat next year again. This time even more. My only concern is that if Big Ben retires, the receptions could go down for Najee Harris. One thing is for sure and that is that he will be the sole workhorse RB on the Steelers again. The mainstream sheep slept on him last year and had him out of their top 10 Rankings. This year they will be all over him.

Record years always tell me that a decline is coming. How much of a decline is the question. If Jonathan Taylor Stays healthy he will continue to eat. It all depends on if he can stay healthy. That is it.

Kamara, I question because there is no more Drew Brees. I am not crazy about Kamara but this is the early list. I just like him more than the inconsistent and injury-prone Dalvin Cook. For now, I have him here but things may change for sure.

Mr. Safe and boring. Zeke Elliott has been declining in rushing attempts each and every year. He may have one more breakout boom type of year but I doubt it. In the meantime, I have in the top 5 because I really don’t trust guys like Joe Mixon and Dalvin Cook. My rankings will change and Zeke may come off this very early list.

Make sure you are subscribed as we go year-round! Get the 16 Round Draft Solution Here: https://thefantasyfootballcounselor.com/16-rounds-draft-kit/