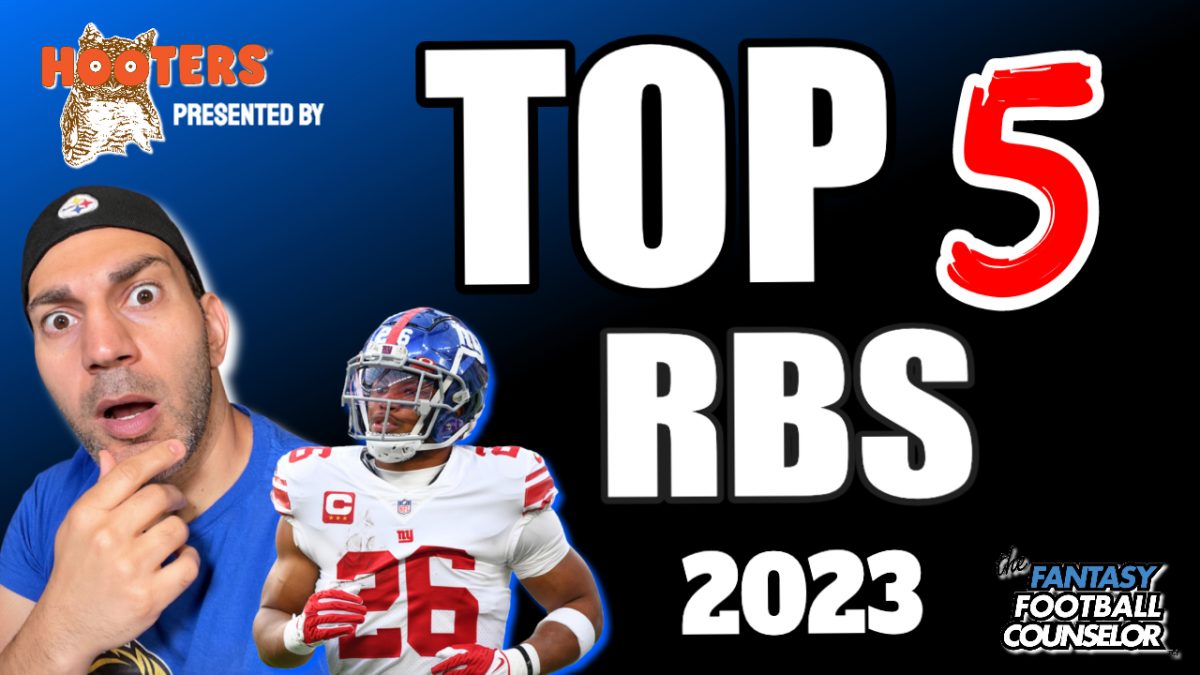 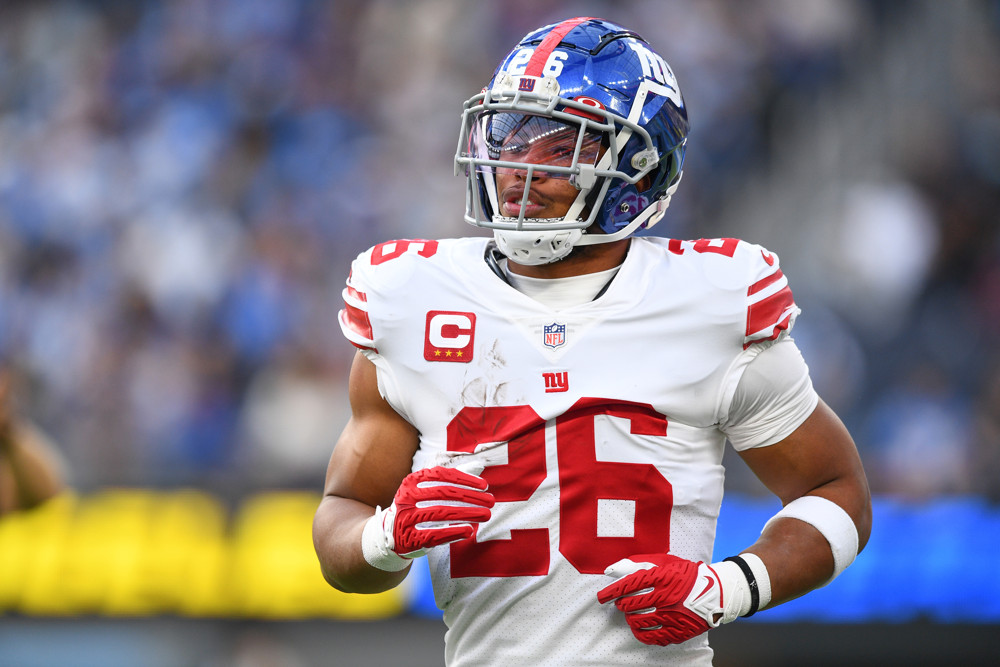 Saquon Could Easily be a TOP 5 Fantasy RB next season.

These are the super-early fantasy football RB rankings going into 2023. Saquon Barkley tops this list and could be a top dog next year. Everyone was sleeping on him last year and now they will get ready to ride him now.

Let’s dive into why these guys could be on top again this upcoming year. Note that this list is very early and I am already starting to look at the future here with these guys and project who deserves to taken on top in fantasy drafts in 2023.

Saquon could easily be the first player to be taken off the boards in 2023 fantasy drafts. The talent, volume, and skill are there. Barkley was outside the top 10 on the consensus rankings in 2022 and I liked the value better then. Now you will have to pay the price to get Saquon on your rosters. The question will come down to if he will be hungry after a big payday.

If the Giants keep him and pay him a big contract, I am hoping he keeps his hunger. If so we are looking at a big year out of Barkley in 2023 again.

Yes, Derrick Henry is the King, but how long can this reign last? I called it in 2022 and the year prior, and this past season he was due for a bounce back. The big question is how long can he maintain the amazing play. Rushing for over 1000 yards on the ground after only 11 weeks of football.

What I love about him is that he is the workhorse RB and no one else comes close. The solo RB with no committee seems to be a dying breed as more and more teams are going by RB by committee.

If he stays healthy again in 2023, he is easily a top 5 RB again. I am debating on whether I will draft him again, and he has served my fantasy teams very well before.

The youth, talent, volume, and upside are all there for Kenneth Walker. I have no doubt in my mind that he will perform on a top level yet again in 2023 fantasy football.

The Seahawks draft him because they believed in his talent and in his ability to be a workhorse RB. If Rasaad Penny never got hurt, this talent would have been buried on the depth chart.

Everything happens for a reason and Walker was able to shine his upside and high draft capital will be worth it in fantasy football 2023.

Look for Jonathan Taylor to step back up for the 2023 fantasy, and we will need to see how he finishes this year. His 2022 season has been lackluster to say the least but should be stepping up and having a strong finish.

If in fact, he does finish the year strong look for Taylor to be expensive in drafts again in 2023. The talent, youth, and upside are still there for one of the best RBs in the game.

For Dameon Pierce to have a strong 2023 campaign, the Texans have to build a solid team around him. Meaning he needs a new QB that is actually good, some wide receivers to take the pressure off him, and a great o-line.

The hunger, youth, and talent are there for Dameon but he needs better talent around him.

Make sure you watch the full video below as I dive into a detailed explanation of these fantasy football rankings.