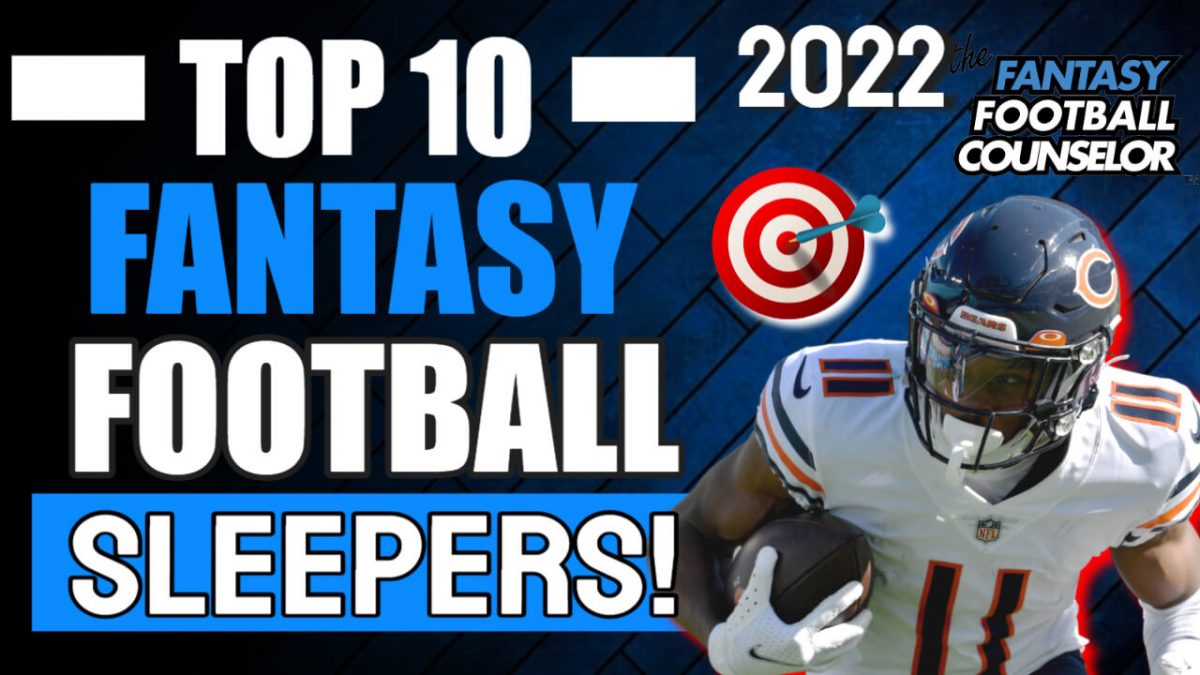 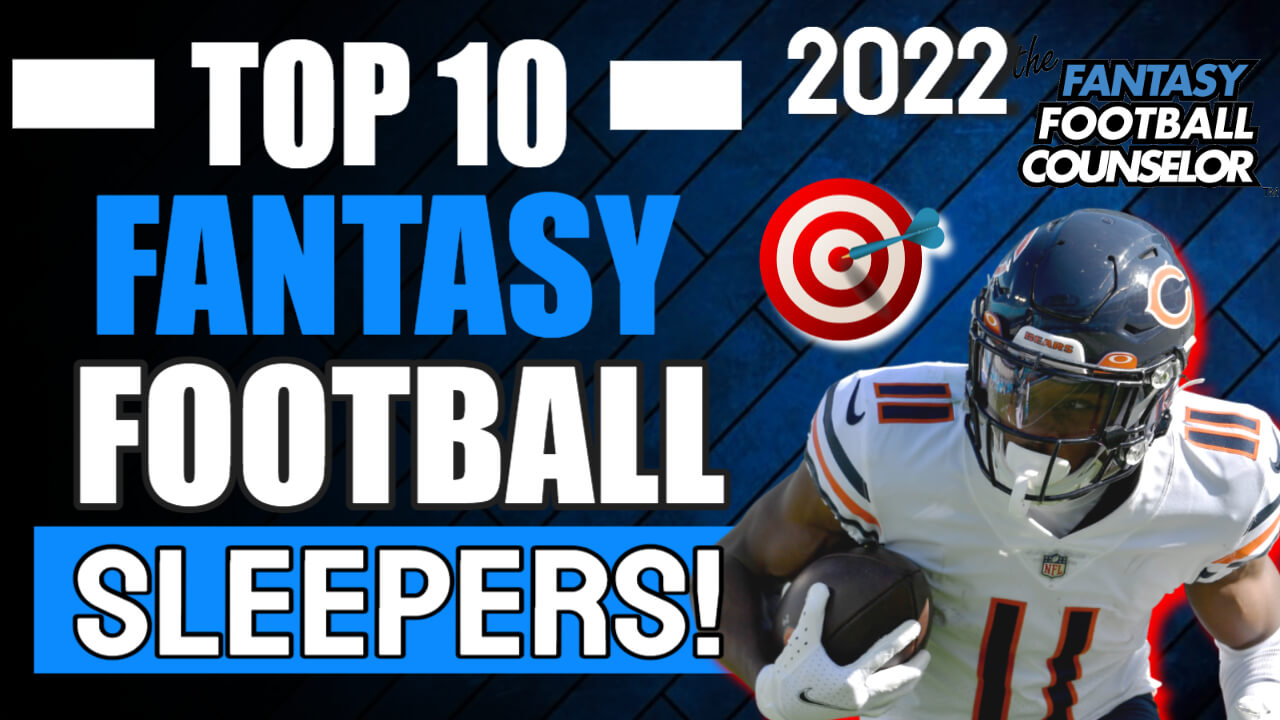 Make sure you target these sleepers on your rosters for massive upside this NFL 2022 fantasy football season. All my fantasy football sleepers can be found in my 16 Rounds draft solution so make sure you grab that to dominate your leagues this season.  In the meantime let’s dive into each sleeper and tell you why you should draft them this season. The Full Fantasy Football Podcast is below in video form. Saquon Barkley is one of my favorite sleepers for 2022. We are talking about a guy who is a workhorse RB with no committee and he is sitting outside the top 10 in the RB rankings. What a value this NFL fantasy football season. I will be targeting him in the 2nd round in all my drafts this year.

You have to look at the situation and why I love him so much. He has no committee for one. Secondly, he has an improved line and is in a contract year. Then you factor in that this guy is really talented and you have yourself a winning formula. Yes, lately he hasn’t performed well, but this year things are going to change for Saquon. Don’t be sleeping on a guy that could potentially finish as a top 5 RB in fantasy points. He is currently sitting 14th on the consensus and that will change as we get closer to the season.

Look for the ADP of Barkley to go up as we get close to the season and look for him to finish with a lot of fantasy points in 2022. Target him on all your rosters as an RB 2 in a robust RB draft strategy. 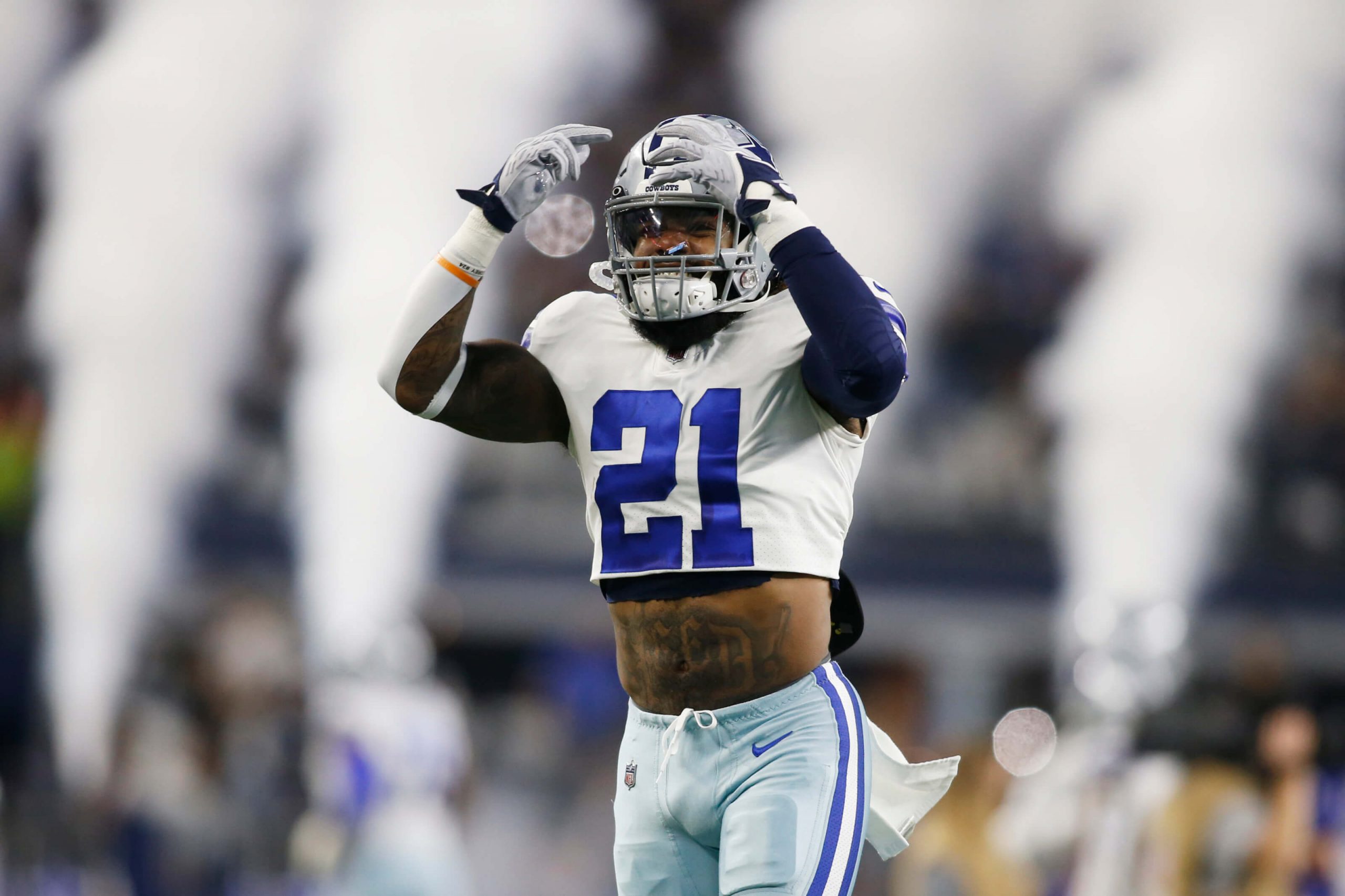 Zeke coming off in round 3 is an absolute steal!

Zeke has been going down year after year in rushing attempts, yet he still finished top 7 last year in fantasy points amongst RBs. He is as safe as they come to RBs for fantasy football. 237 attempts last year combined with 1002 yards on the ground and 10 TDs. Not bad for a guy who played with a partially torn PCL.  I expect another safe year from Ezekiel Elliott this season and his fantasy draft value are great.

For a third-round pick, it’s hard to complain about drafting Zeke. This is the first year that his value is this low and you could really take advantage of this amazing opportunity to grab him while he is low. I feel he has another big year left in him and this could be the year. With Amari Cooper being shipped off to the Browns, they could rely more on the run game. Ezekiel Elliott is a sleeper and you should draft him this season. Hall is primed for a big season in NY.

A solid rookie that the Jets moved up to the second round to grab. Breece Hall is primed for a big season and his third-round average draft position is not bad at all. 253 attempts, 1572 yards, and 20 TDs on the ground last year in Iowa State shows that this man can and will be a workhorse.  The Jets coaching staff has already stated that they love his speed off the line and his catch radius and plan to use him a lot. They will need to if they want to win some games.

While Michael Carter was a decent player last year, he wasn’t the greatest and the Jets want the best of the best. Breece, if given the volume can finish as a top 10 Fantasy Football Rb in 2022. The o-line has been improved and this is a make-or-break season for Zach Wilson.

My expectations for Breece Hall are not massive, but I love him as an RB 3 will upside. The value and opportunity are there, and I can’t ask for more. He is being slept on this season. 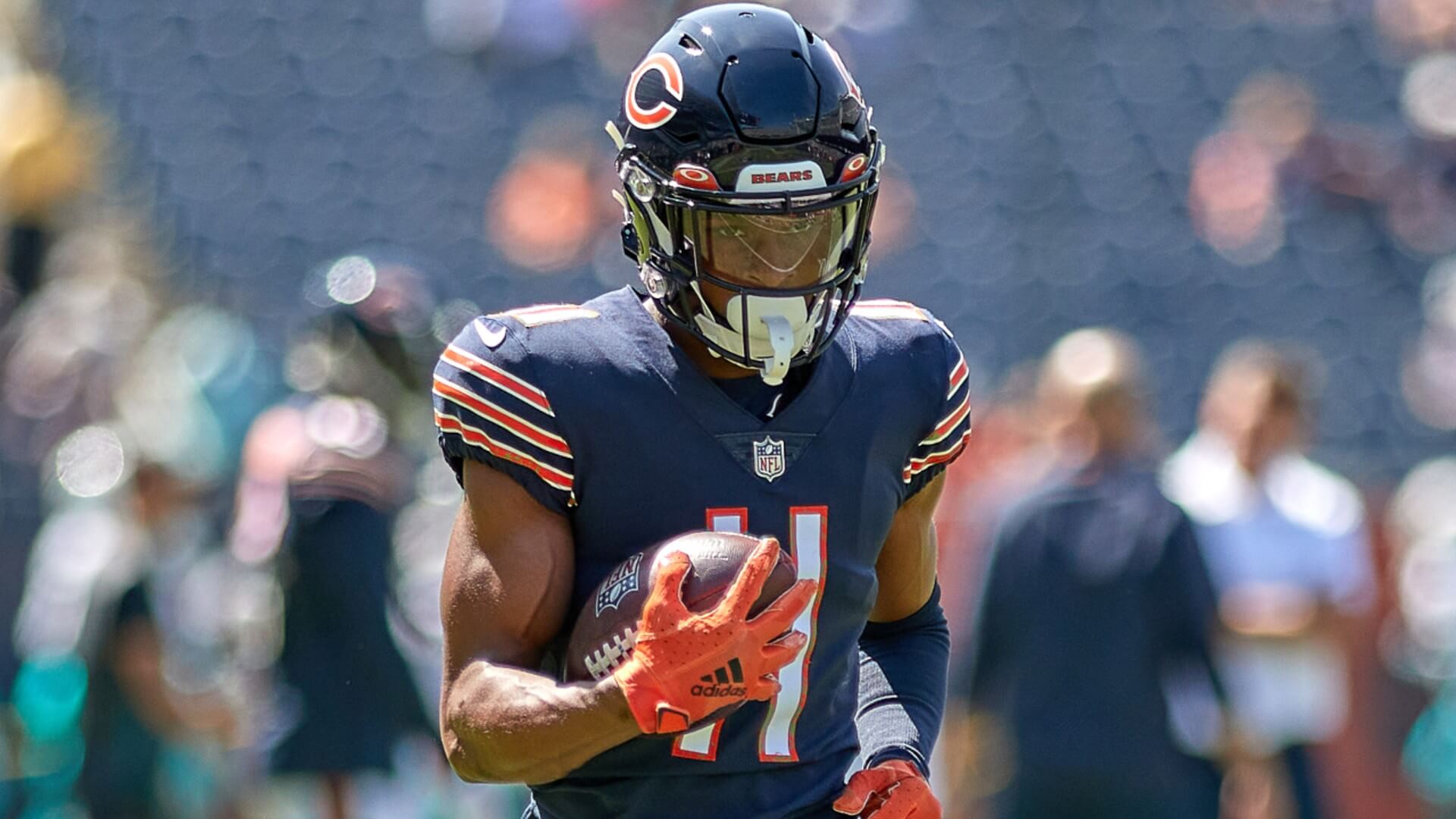 He is a WR one that is coming off in and around the 5th round in mock drafts. The value is there for the Bears WR1, who had a safe and solid campaign last season. He finished 23rd among WRs last season with 140 targets, 81 receptions, 1055 receiving yards, and 4 touchdowns.  These numbers are safe but show there is more of a ceiling to be had here as we only see 4 TDs.

This is a make-or-break year for Justin Fields and I am hearing they are working together a lot in the off-season. He is also the WR one on the Bears and no one comes close. Mooney is going to eat this year for sure, and the sleeper value Is amazing. The Bear’s offense is a little suspect and that is why Mooney is so cheap in drafts, but that is the trade-off. With the head coach, Nagy being shipped off the Bear’s offense will get a boost and Mooney is one of the players that will benefit. 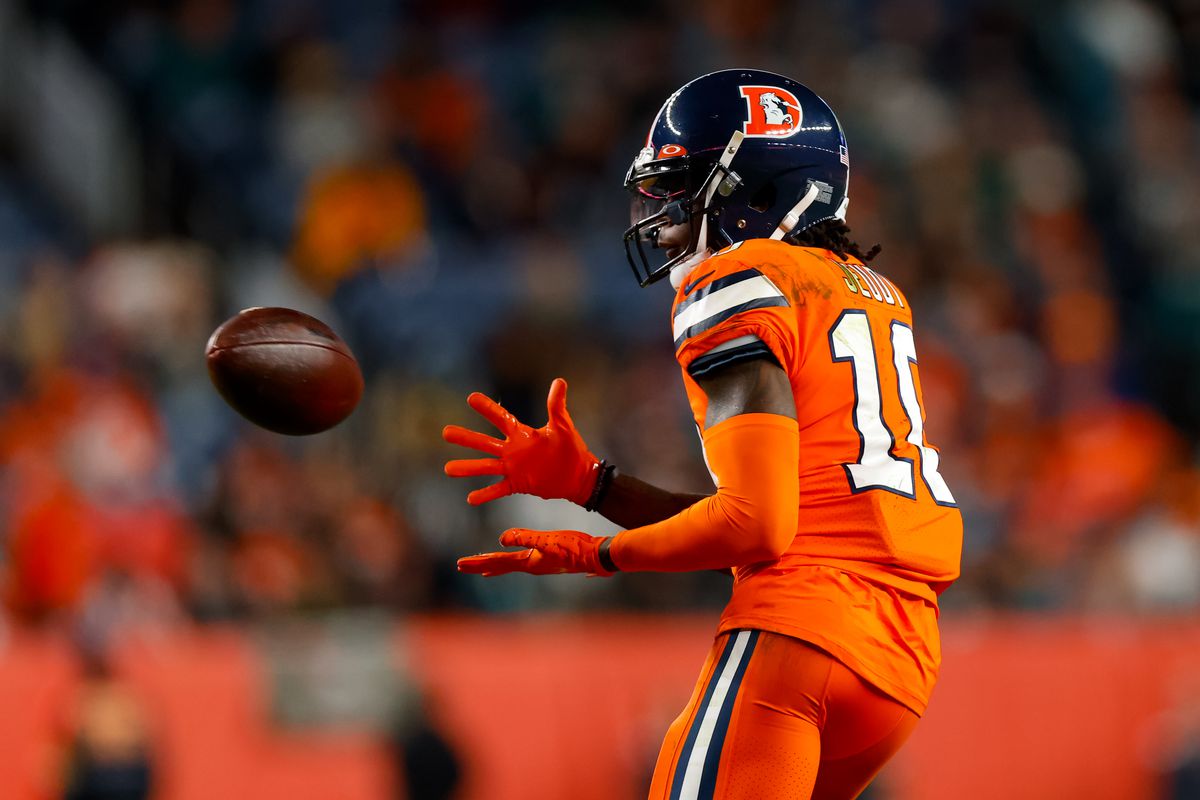 Jerry Jeudy is primed for a big season with Wilson!

Years to wow me and I’m not wowed.  Jerry Jeudy was a top rookie prospect years ago, but never really got it going. This year he finally gets a great QB and he will thrive and have a massive ceiling.  The key here for Jeudy is that he stays healthy. He also has to get his TDs up as only having 3 Tds in two seasons won’t cut it.

It is a bit of a coin toss between who will be the WR1 In Denver and I have personally torn myself but lean toward Jerry Jeudy and he is a better route runner and has the better hands. It will be interesting to see where Russell Wilson gravitates and I will be watching closely. I am hoping that Jerry Jeudy is not Fools Fantasy Gold and that he has a great season.

You can watch my interview with the Denver Broncos Beat Writer Troy Renck to get the full scoop on the team and who he thinks is going to be the WR1 on the team. Either way, Jeudy is a big-time fantasy football sleeper who is sitting 21st on the consensus rankings. 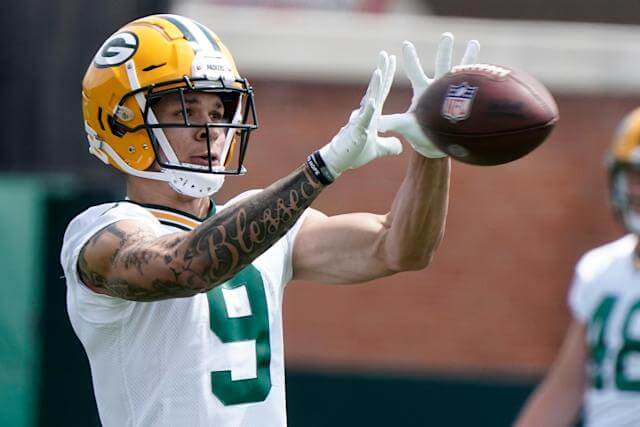 Watson could the WR 1 in Green Bay

Opportunity at its finest when you look at the Packers this season. Enter the first WR taken off the board for the Packers in the 2022 NFL draft, Christian Watson. The fact of the matter is that with Davante Adams gone, we have 169 freed-up targets to be had. Allen Lazard has had years to wow me and I’m not wowed. I don’t see Lazard being the one in Green Bay this season. The only advantage that Lazard has is that he has that rapport with Rodgers and that could go a long way.

I like Watson a lot more as he is younger, more talented on paper, and hungry to thrive in this offense. The Packers needed a WR in the draft and they obviously see something in the 6’5″ 200 lb plus deep threat WR. I am super excited that the world is sleeping on Christian Watson this year, and I will make sure he is on all my rosters this season as the upside is massive. He is currently sitting 64th on the consensus rankings and that is a steal. 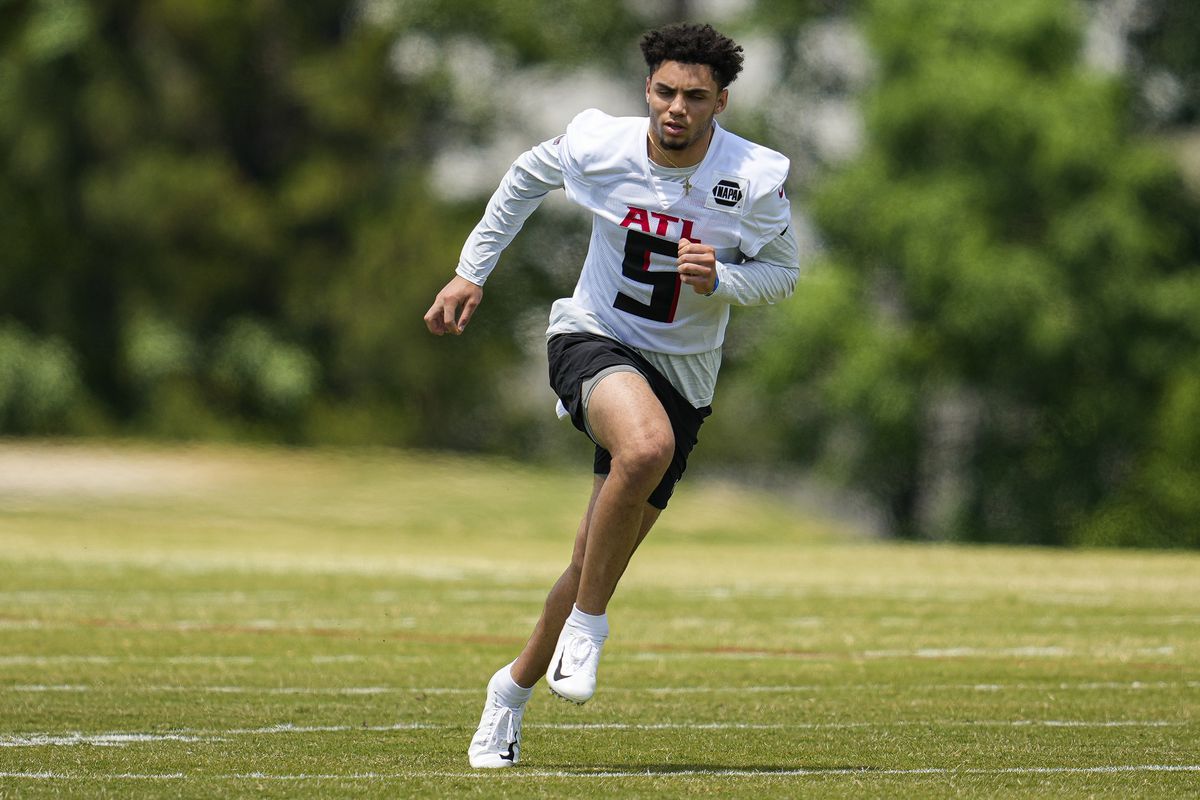 The Clear-Cut WR1 in Atlanta

Another solid rookie with massive upside is Drake London. Entering the suspect Falcons offense as the clear-cut WR 1. The big question mark here is if Marcus Mariota will deliver on a high level. I think he a guy that can get it down the field and do what he needs to do to make London a top fantasy WR.

The height and speed are there for Drake London, along with the talent and an opportunity to get a lot of volume this season. He is currently being slept on by the sheep and coming off the fantasy draft boards after rd 5. You are getting a WR 1 with top 10 potential for basically free yet again. I love Drake London upside this NFL fantasy football season. 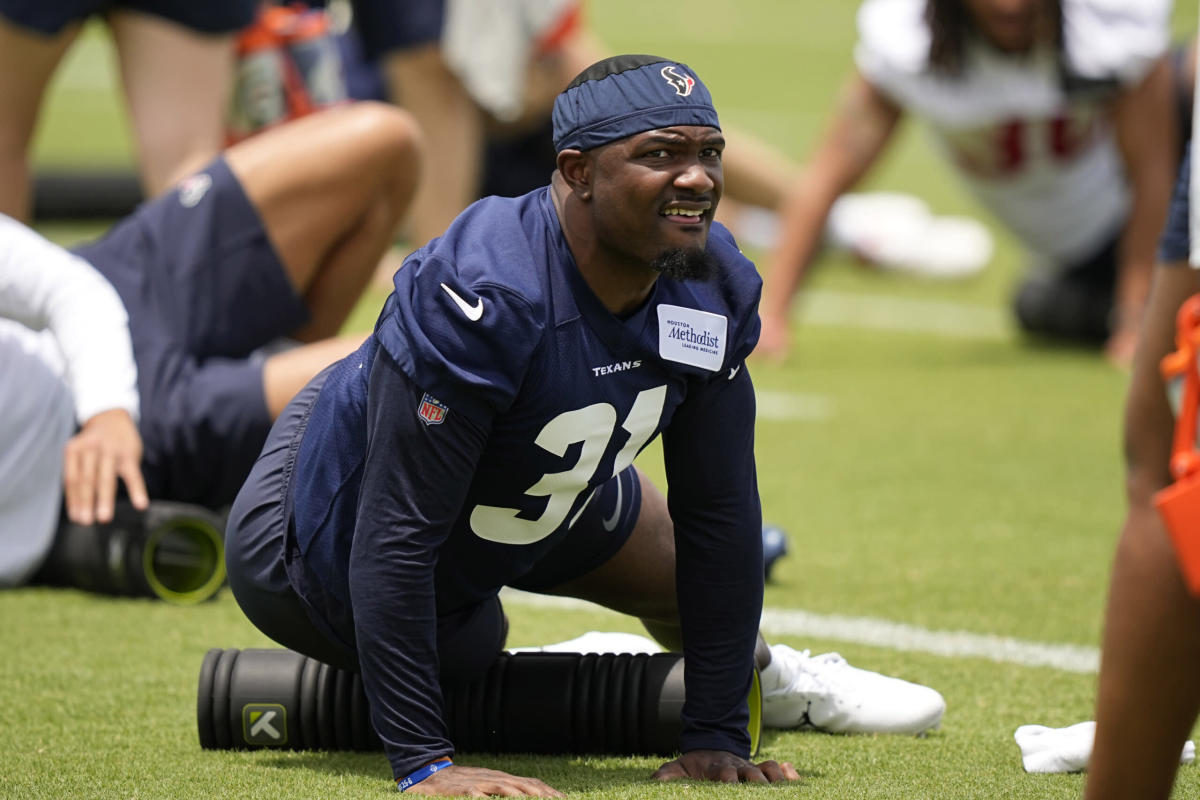 Could be a fantasy football workhorse out of the gate

Aside from Breece Hall, Dameon Pierce is one of the only RBs that is in a plug-and-play RB position this 2022 season. He also enters a suspect Texans offense with not too much talent. The only competition he has there is Marlon Mack and he isn’t that good a all.

He is a rookie but his college stats show that he can be a workhorse and is capable. Dameon had 100 attempts, 572 yards on the ground, and 13 TDs in Florida his last year. Not exactly Breece Hall Numbers but solid either way. 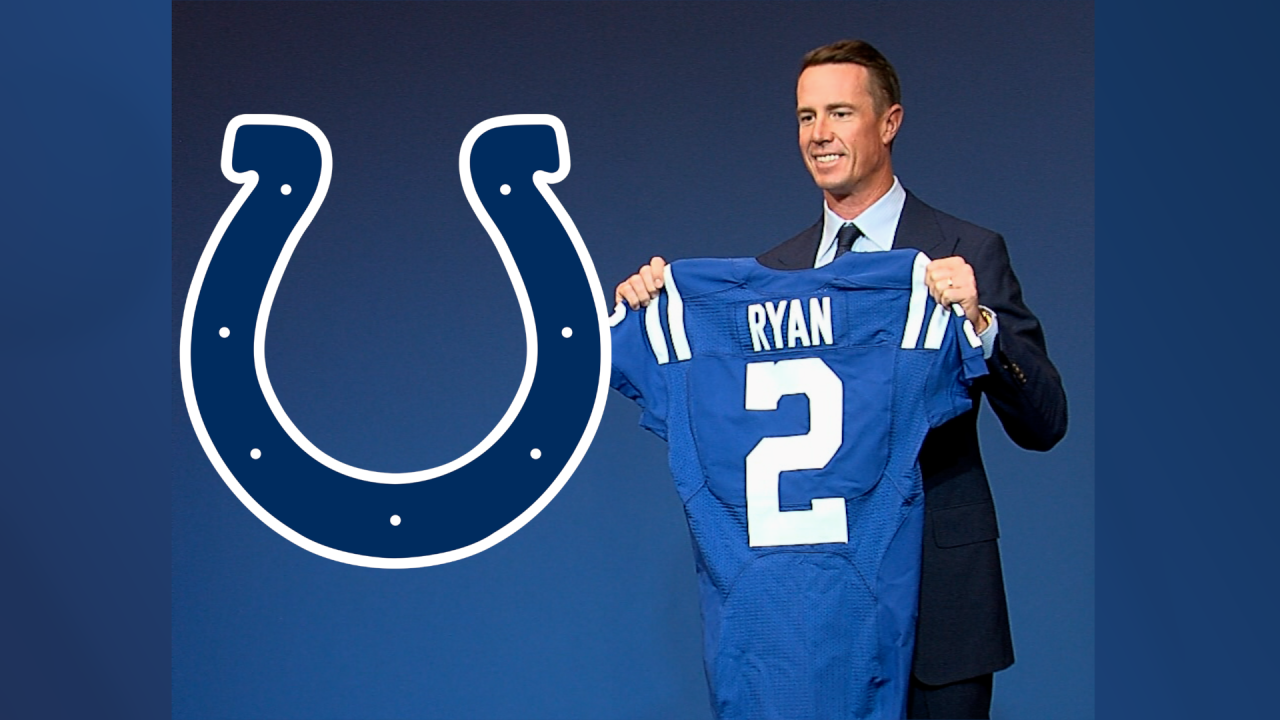 Matt Ryan will see a big year with the Colts

Improved team, and O-Line along with a fresh start for veteran Matt Ryan. He is currently sitting 20th on the consensus rankings amongst QBs. He has some solid weapons including Rookie WR sleeper Alec Pierce who could really go off this season. Look for Micheal Pittman to step up this season as well. I am really excited to see how this offense gels and Matt Ryan will throw the ball a lot this year.

I am expecting at least 40 Tds and 4500 passing yards as a floor for Ryan this season. He is a great backup QB on your roster with top 10 fantasy points and finish potential. You can watch as I discuss this with Colts Beat writer George Bremer and he weighs in his thoughts on Ryan, Jonathan Taylor, and more.  The full Colts Outlook video can be found here: https://youtu.be/3zURxELepVU 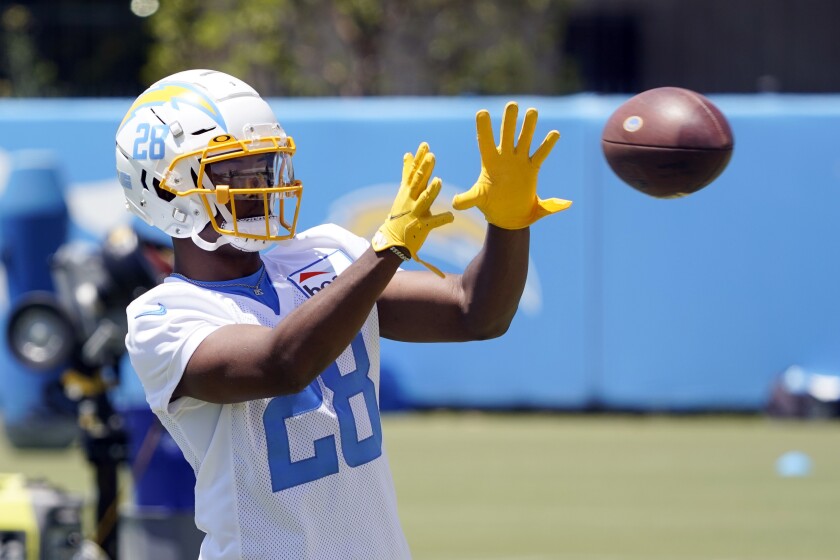 Deep Sleeper Spiller could be a goal-line vulture!

Spiller is going to take away volume from Austin Ekeler and that is for sure. I love this late-round stash fantasy football sleeper. I expect Spiller to take away the goal-line work from Ekeler who came off a pinnacle 12-rushing Td season. Just to note all the rushing TDs combined in his prior 4 seasons, Austin Ekeler only had 9 Tds combined on the ground.

Spiller is a violent runner who lacks top-end speed but can be very effective in a smash-mouth running game and a vulture near the goal-line. I am willing to stash him to see what happens.

Watch the full fantasy football podcast video on the top 10 sleepers below: 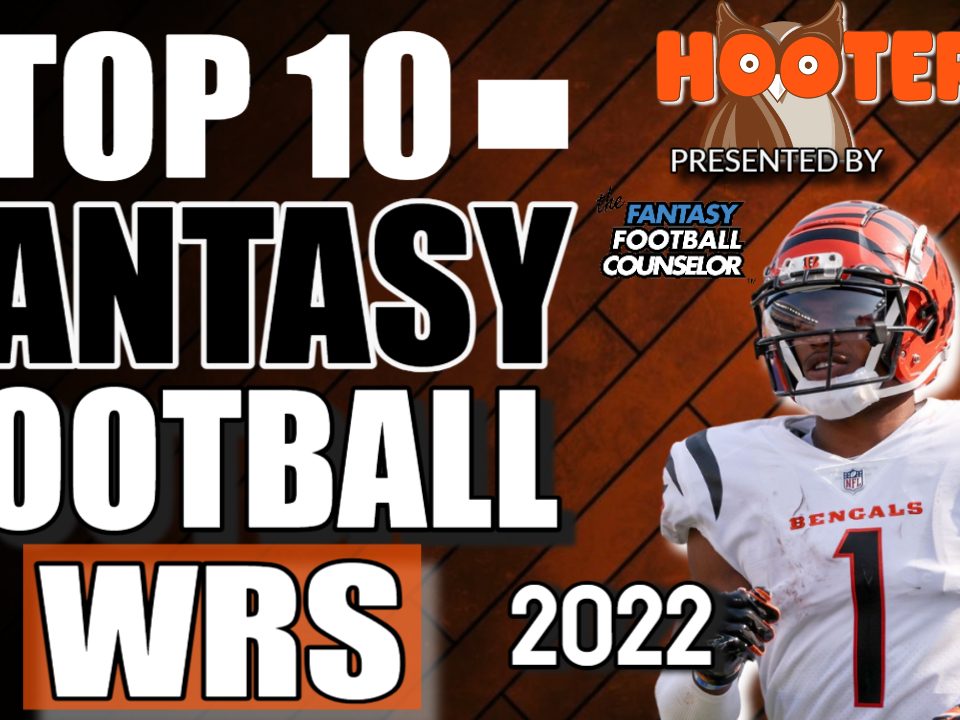 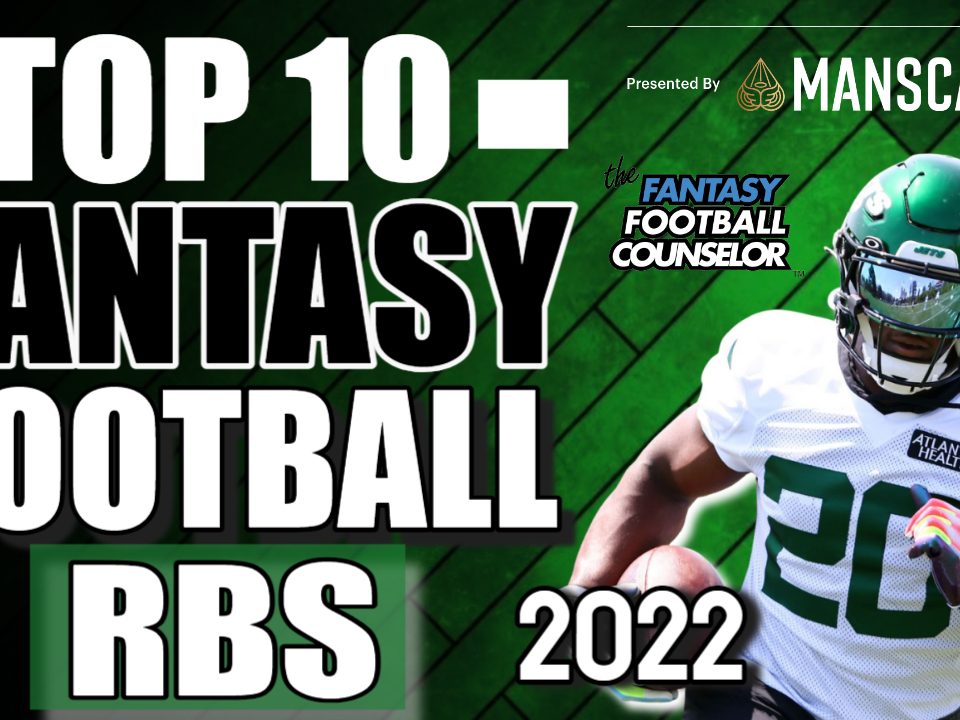 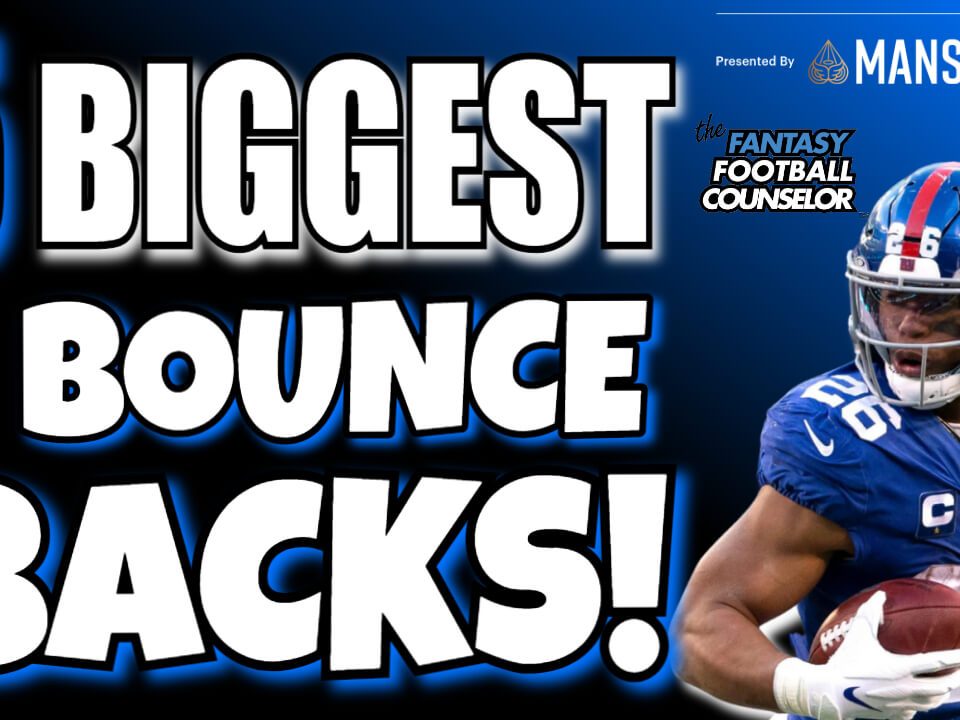