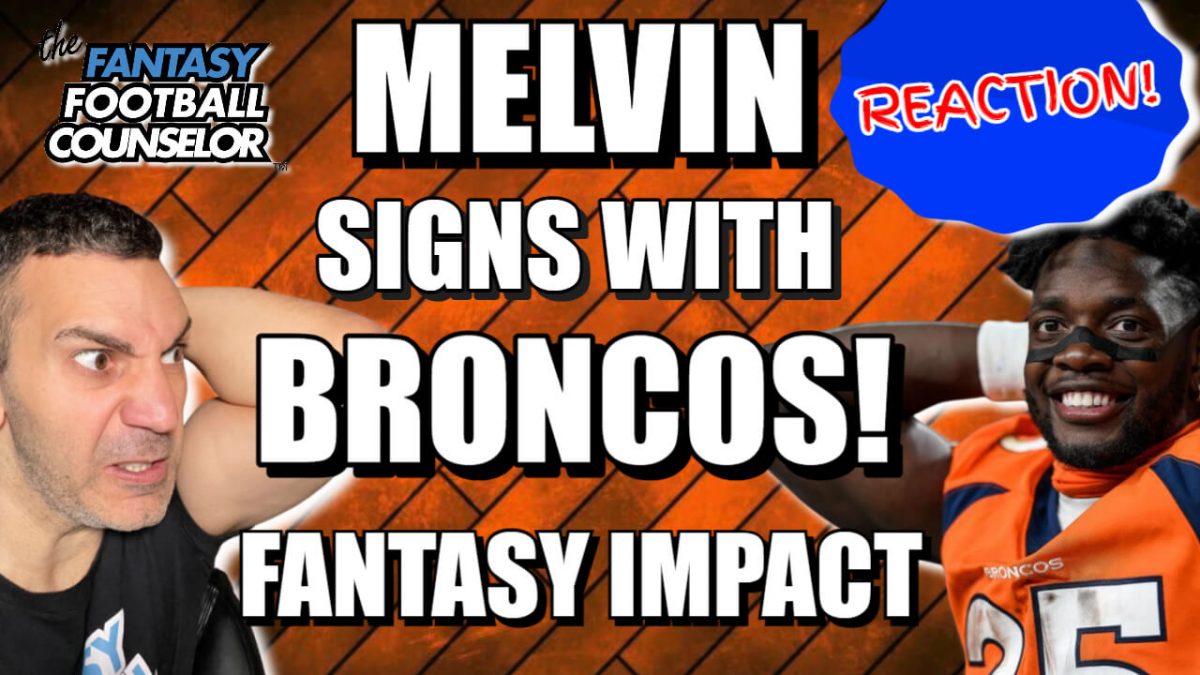 At the end of the day here, this hurts the ceiling of Javonte Williams. Even if Gordon gets 100 attempts this year, you will still limit Javonte. The only good thing to come out of this is that Javonte Williams’s fantasy draft value goes down. So you will be able to get him for a better deal in drafts. If Melvin gets hurt then you just got Javonte for an amazing value. If Melvin was not signed you would have to draft Williams in round one, and that would be really expensive.

If you want to know exactly where to grab Javonte Williams in your draft make sure you grab the 16 Rounds Draft solution here: https://thefantasyfootballcounselor.com/16-rounds-draft-kit/