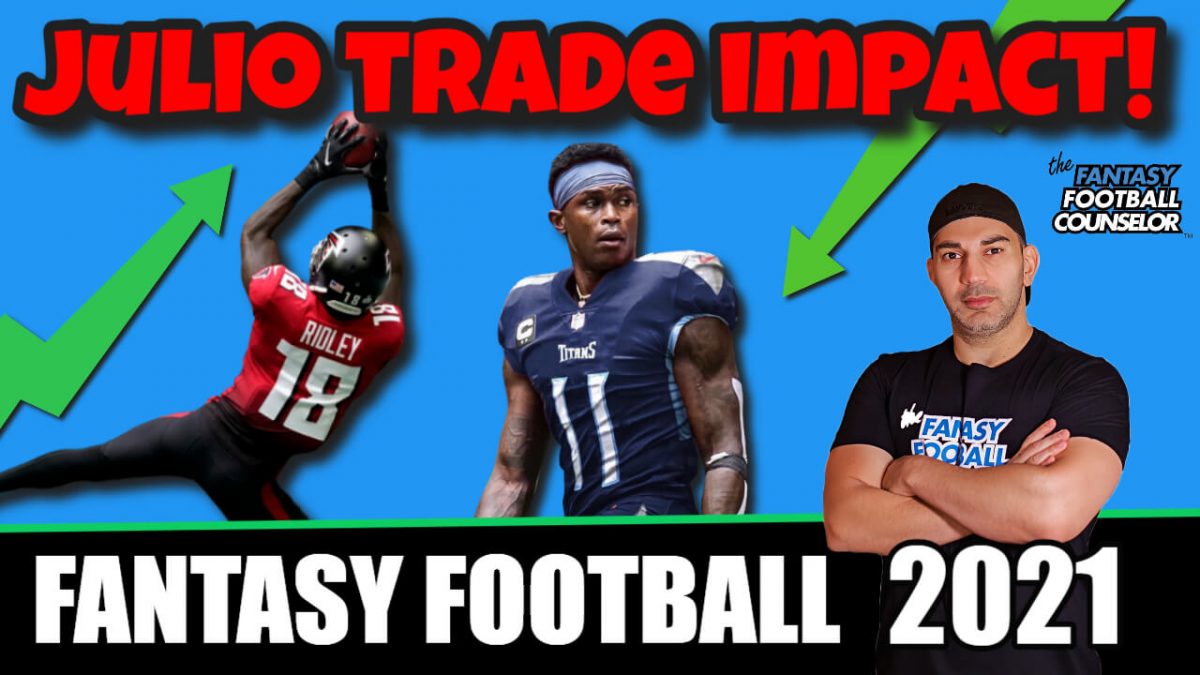 Fantasy Football Impact of the Julio Jones trade. What is the value of AJ Brown, Julio, Ridley, and many more now with Julio being traded? We have the answers.

This entire video will really give you a good sense of what to do with guys like Julio and AJ Brown. Will you still draft them after getting all the facts? I hope not! With Julio off to the TItans, look for this to ripple effect everyone in the same path.

Just a quick overview and note to be aware of is that Ryan Tannehill was actually 18th in passing attempts last year. This should be a problem, as he technically has to feed two WR1’s. Brown, with who he has a rapport, and Julio who will demand the ball. I don’t like that fact that there may not be enough targets to go around for a run-first team.

Then you look over at the Atlanta Falcons, and you will see a boost in production and volume for Calvin Ridley and Kyle Pitts. There is a void of about 157 targets with Julio being gone. This is a fantasy dream. The only major problem you may face is the fact that Ridley could see double coverage. This can be ignored if you get him a lot of volume which is to be expected. I hope Ryan does well now that his #1 primary Target in Julio Jones is no longer there. I feel that the Falcons are trying to imitate the Kansas City Chiefs with their approach of having an ace TIght End and a bunch of mediocre WR’s. You have to note that Matt Ryan is not Patrick Mahomes.  Also, note that the Falcons do not have a true RB1. I don’t feel that Mike Davis is the solution at running back for the Falcons.