Eagles lose to Washington on Purpose | My Reaction To Loss 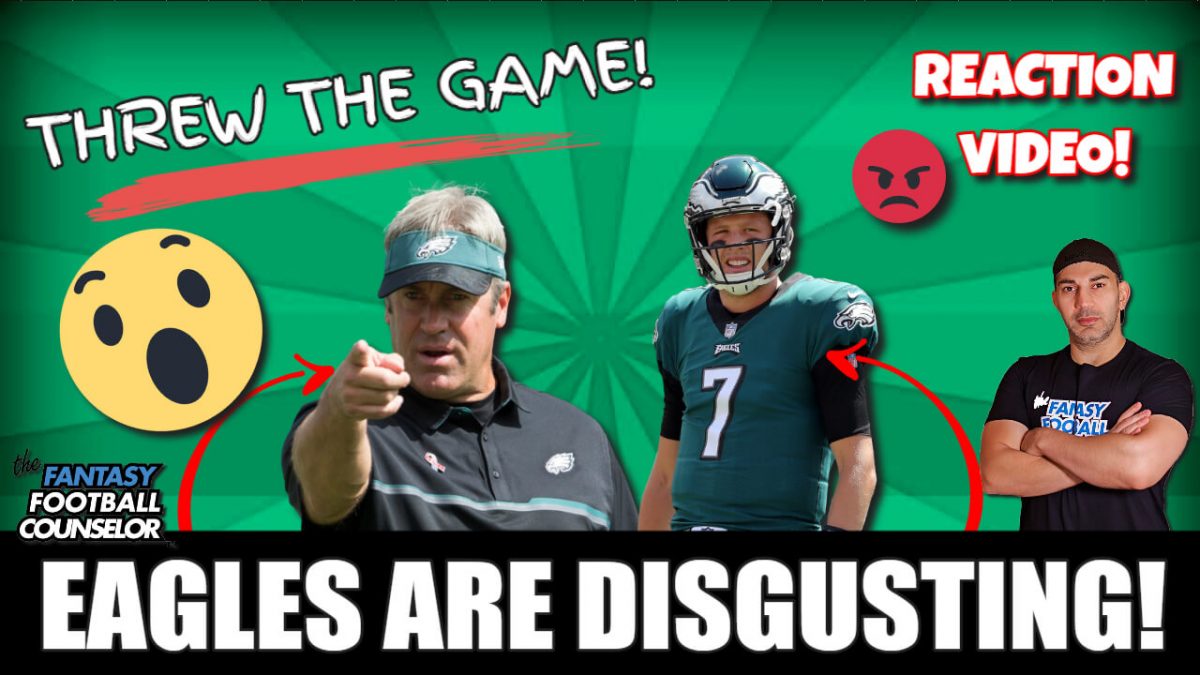 The Eagles threw the game vs Washington and lost all respect in the NFL. Yes, they got the 6th overall pick, but pulling Jalen Hurts in the 4th quarter was a terrible idea.

Let’s set the stage for this story. The Eagles are playing the Washinton football team in a game they were not planning on winning originally. They start their future star QB Jalen Hurts. They are down only 17-14 in the 4th quarter and have a chance to actually win this game. What happens? The snake of a coach name Doug Pederson benches Hurts for Nate Sudfeld. Nate is not a starter or will never be one. This showed the entire world that Doug wanted the Eagles to lose so they get the 6th overall pick, and that is exactly what happened. The Washington Football team pulled out the wind and Nate didn’t have a chance in hell to win this football game.

After the game, Doug was facing a lot of media heat and defended his decision to start Nate of Jalen so he can get some reps in. This is a BS excuse because Nate will never be the starter in Phili. This giving up that the Eagles did was a display of cowardice behavior and really unacceptable. I don’t think anyone will forget this. Everyone is upset about what happened especially the NY Giants because they got eliminated from the playoffs. Hopefully next year Doug Pederson grabs his balls and mans up. You never want to give up and surrender as he did here. This was really unacceptable

Make sure you are subscribed to this #1 fantasy football podcast to dominate your leagues. Make sure you follow FTFN for all the latest news, notes, and analysis from the top influencers on Youtube. Bookmark this page to get the inside scoop.