Fantasy Football Running Backs 2021 | Do Not Draft or Trust 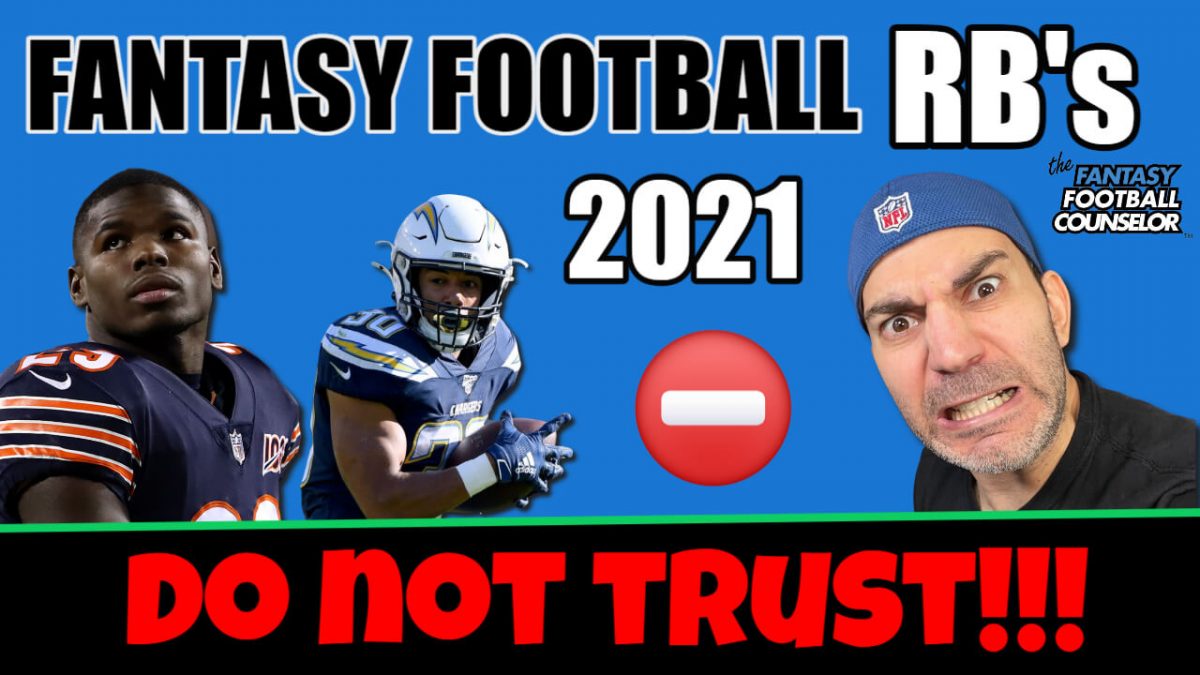 Do not trust these Fantasy Football Rbs and the reasons why. The Counselor explains why you want to avoid these Running backs.

I have a simple statement and that is ” Years to wow me and I’m not wowed” I say this because the running backs mentioned in this video have had all the opportunity in the world to wow me and guess what? I am not wowed.

When you are looking for a running back you have to look at the Cuddy system. Consistency, upside, durability, Depth, and Youth. The guys here have done none of this. Everyone, meaning the mainstream sheep simply ride the hype train and just want to draft RBs that have a popular name or has a good prior season. They ride the hype train and get off when it gets cold. This mentality of recency bias is not going to win you your leagues and it has to end.

Time to step up and implement the lion mentality. You have to look at all aspects of your draft picks. Ask yourself if this guy has what it takes to be a full workhorse RB. If not then don’t draft him and it’s that simple. Kenyan Drake last year was promoted as an RB 1, but never served that role fully. Look for a guy that will get the volume and is actually built to take on the workload. You also have to draft these RB’s early on because you won’t be able to get them later in your draft. Committees are everywhere and you need to avoid them at all costs. Obtain the most scarce position early on in your drafts and that is the RB with the minimal committee. You have tons of depth at the other positions like QB and WR. You can wait and still get an ace QB. Look at last year. Josh Allen was a 6th round steal.

Do not follow the ADP when drafting and use the 16 Rounds Draft solution to win your leagues!

Make sure you are subscribed to this #1 Fantasy Football Podcast to dominate your leagues.