Fantasy Football QBs 2021 | 3 Quarterbacks you Must Have

3 Fantasy Football Running Backs that I would never Draft 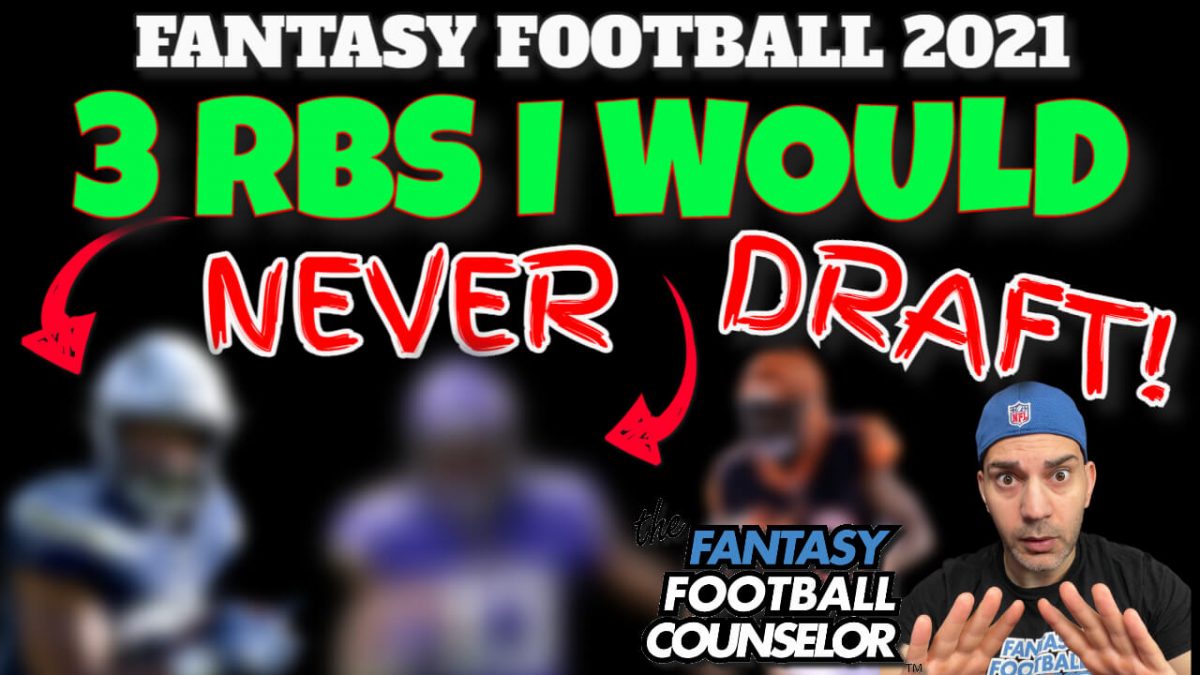 I would never draft these 3 RBs for many reasons including the fact that I would never trust them on my fantasy team. Great insight on why you should avoid these RBs as well.

I can’t trust these guys ever and under any circumstances. I mean where do I start? You will have to watch this video to understand where I am coming from on these guys. First and foremost Dalvin Cook. I mean the guy has never finished a season in his entire career. That is one main reason I don’t trust him. I mean last year he had a great season, but definitely the season of his life. 16 TDs and over 1500 yards will be very hard to top again. I hate to say it, but he is due for an injury based on his history.

Joe Mixon just sucks and that is all I need to say about this guy. He is not good and will never amount to be an elite running back. Last year the mainstream sheep had him in the top 10 and he busted big time. This year he is sitting 11th amongst RBs, even though he busted last year and finished 49th! This is crazy and the sheep are just trying to save face. Joe Mixon has no business being anywhere need the top 10 and will never be a top performer.

Austin Ekeler is also another overrated scatback that can’t carry the full workload. He is currently ranked 8th in PPR among the RBs and has zero business being there. He was a backup to Melvin Gordon for years and only has 9 TDs in 4 seasons. Again, another guy that has zero business being drafted in the 1st round of fantasy football drafts. I will stay far away from him.

Bottom line here is that there is much better players to draft that will get a ton more volume and have a ton more upside. The guys stated here, with the minor exception of Dalvin Cook suck! Period.