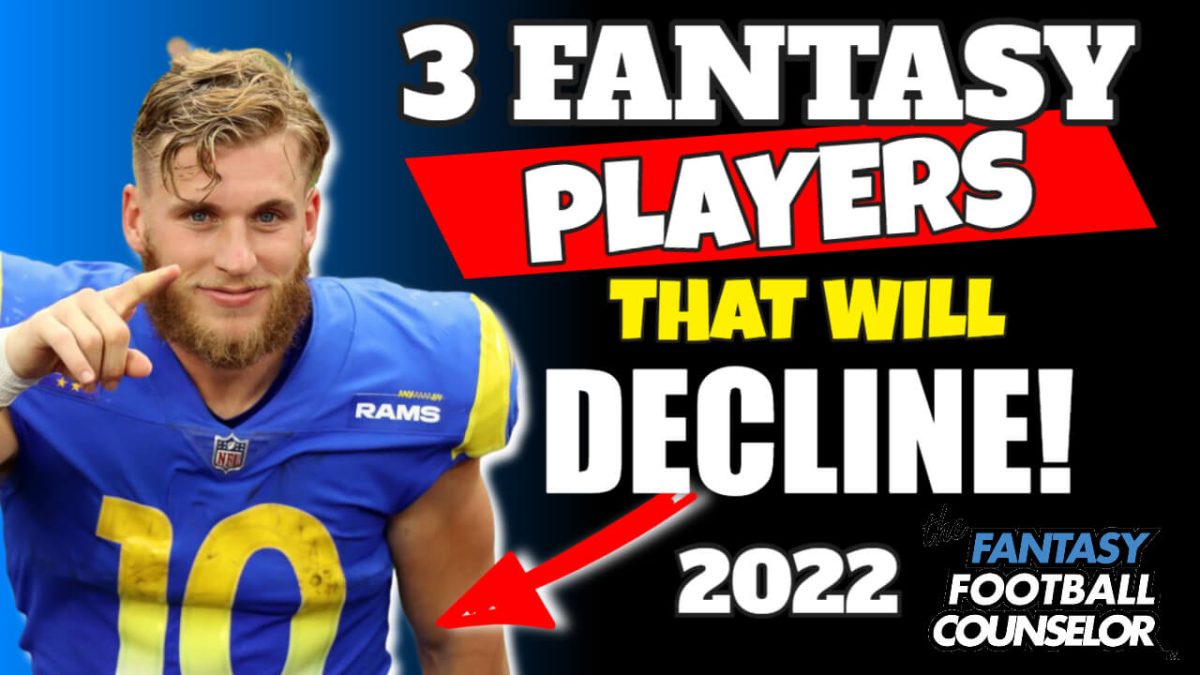 3 Fantasy Football Players are due for a decline this 2022 season.

The Studs mentioned here are coming off of massive 2021 seasons and are due for a decline for sure! Let’s dive into the reasons why.

The guy is coming off a pinnacle year which included his career-high 154 targets, 1361 yards, and 9 TDs. He did amazing this season, but you have to ask yourself why. He had never hit these numbers before so why this sudden surge in fantasy football points? After looking at his numbers you will see a massive increase in targets near the end of the season, including 15 Targets in week 18. This is all due to Tyler Huntley coming in and using him as his favorite target. You will notice that at the beginning of the season, Andrews’s target count was far lower with Lamar at QB.

There is no way Cooper Kupp will duplicate the number he put up last year. 2022 will show a massive decline in Cooper’s Number and possibly even an injury.  He is not young either at 29 years old. 191 targets, 145 rec, and 1947 yards will not happen again. While most say a slight decline will happen and he will still be a top WR in 2022, should look at Michael.

Taylor is a stud and there is no doubt about it. He is also coming off a massive season and highly unlikely he will produce on the same level he just did. He is however a super safe and solid option to draft in round 1 as he is the workhorse on his team. Injuries do happen to guys that get this type of volume and barring injury he is still top 3 RB going into the NFL 2022 Season.

Make sure you listen to this before you consider drafting them. Watch the video here for this: https://youtu.be/4uq2yRp5SqM