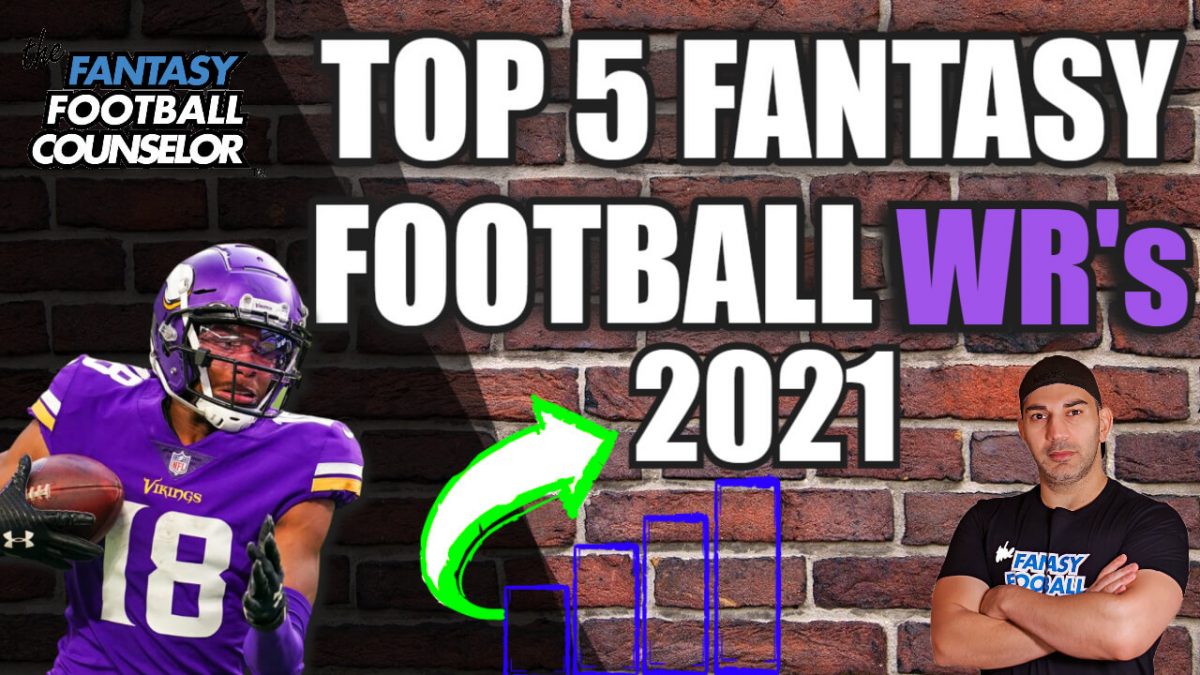 Top 5 Fantasy Football WR’s 2021. This is the very early discussion and the Counselor lays out the truth.

These are players that probably won’t end up on your roster because their ADP will be ridiculously high and you should be focusing on RB’s in the early round. We saw this last season with Michael Thomas Busting after being a TOP 5 pick. You never want to waste an early pick on a WR, as there was a ton of depth at this position. We saw the value like Justin Jefferson, Diggs, and Claypool to name a few. After the 2021 NFL draft, we will see how the depth charts come together, and then we will know the value at WR and the potential sleepers at this position.

There are many variables to look at when drafting a fantasy football WR. One of the major factors is the volume. The second thing I look at is the depth charts. Then I look at talent and of course which QB is throwing the ball. All of these play factors in selecting the right WR. If you look at Micheal Thomas last year. He had all of these. The only problem with him was this his ADP was really high and he was coming off a pinnacle year. What goes up must come down. You have to project the future when drafting any player and not just look at the recency bias. This 2021 season is no different. Load up on the most scarce position which is the RB position and get value as WR. I talk about all this in my 16 Rounds Draft solution. Get it to dominate your leagues.

Make sure you are subscribed to this #1 fantasy football podcast to dominate your leagues. Follow the Fan to Fan Network for all of the sports analysis you need.