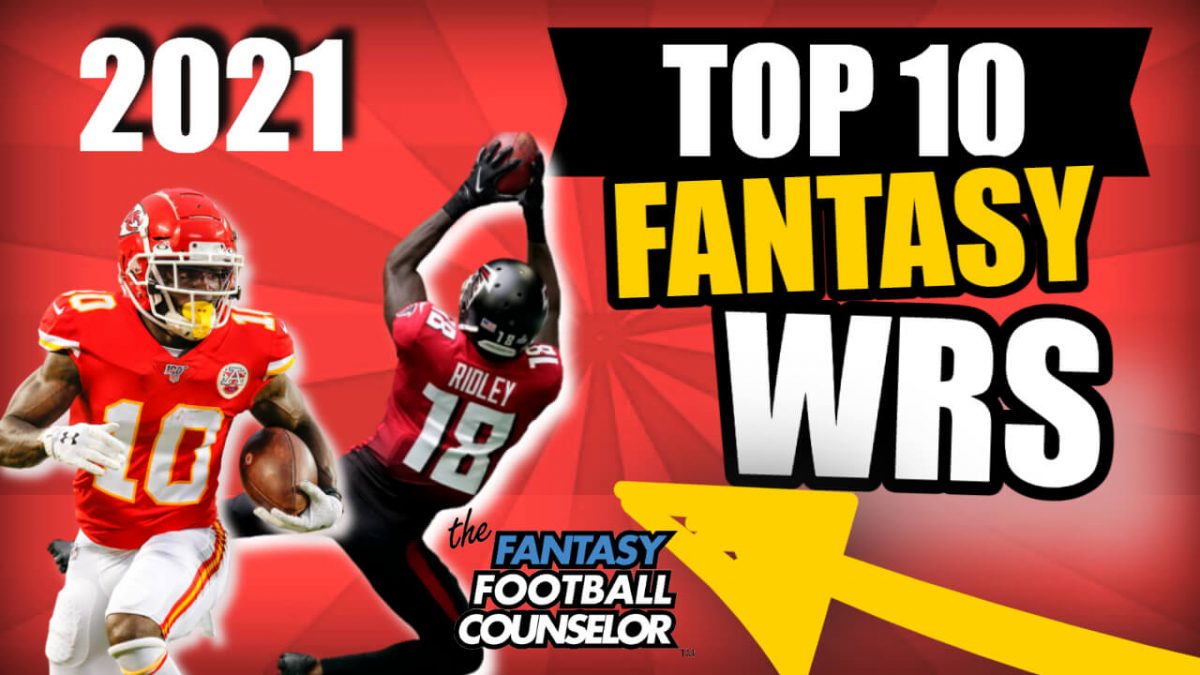 The Top 10 Fantasy Football WRs going into the 2021 season. Remember this is a guideline and to go robust RB. There is a ton of depth at WR in the mid to late rounds of your draft.

I want to make it clear that I am waiting on WRs this season and you should as well. There is a ton of depth at this position and it is ok to wait it out. Let’s dive into why I like these guys in the top 10 though.

He has the best work ethic out of these WRs in my opinion based on what I have observed. He has said he is hungry to win and Diggs has that opportunity with the Buffalo Bills this season. Josh Allen is a stud and they have that great rapport with each other. If I was going with a WR in the first round, it would definitely be Stefon Diggs. I still feel he has a higher ceiling to build on last year’s numbers.

The safest and consistent Fantasy Football WR in the league. I don’t need to say much here other than his numbers speak for themselves. Hopkins is a future goat.

The ceiling is high here for ridley since Julio is shipped off to Tennessee. I like the upside but the problem will be and the question is if he will be able to handle the double coverage. Should be interesting to see Ridley get all the volume coming his way.

Last year’s top finisher has some question marks this season including Aaron Rodgers playing or not. 18 Touchdowns is hard to repeat and a decline is due. The question is how much of a decline. I am not paying a first-round fantasy football draft pick to find out.

I know Brees is gone and Thomas is coming off an injury from last year, but I like the value this year. I can get this guy in the third round and he is going to eat. No matter who throws the ball, the volume will be there for Michael Thomas. Talent and volume is key here.

Very touchdown dependant, I feel Hill is due for a decline as well. He does have some volatile games and I think more targets will go to CEH this year and Mecole Hardman. We know Kelce is also a prime target that gets a lot of volume. I like Hill but won’t invest a 1st round draft pick on him.

The number one target man in Pittsburgh last season, I love Johnson this year. He struggled with drops but seemed to improve on that at the end of last season. 2021 looks bright for the Steeler WR one and Big Ben has been working on his diet and throws more than any other QB in the league.

Age is the only concern here, but really love Herbert and Allen together. I don’t like investing early in Allen but if he stays healthy he will eat. I do like Rookie Josh Palmer later as a sleeper as Mike Williams can’t stay on the field.

Got to put in the young, fast, and strong Metcalf in here. He is a beast but I would like to see more targets go his way.

I can get Adam Theilen later and that is what I am going to do. Cannot deny the talent and the upside here. I do see a decline from last years 1400 rec yards, but the question is how much? I can get Adam later and will fade Jefferson as I loved his value in the 8th round last year. Won’t pay a high price for him.

Ranking are just a guideline. Make sure you get 16 Rounds to dominate your leagues!  Get it here: https://thefantasyfootballcounselor.com/16-rounds-draft-kit/