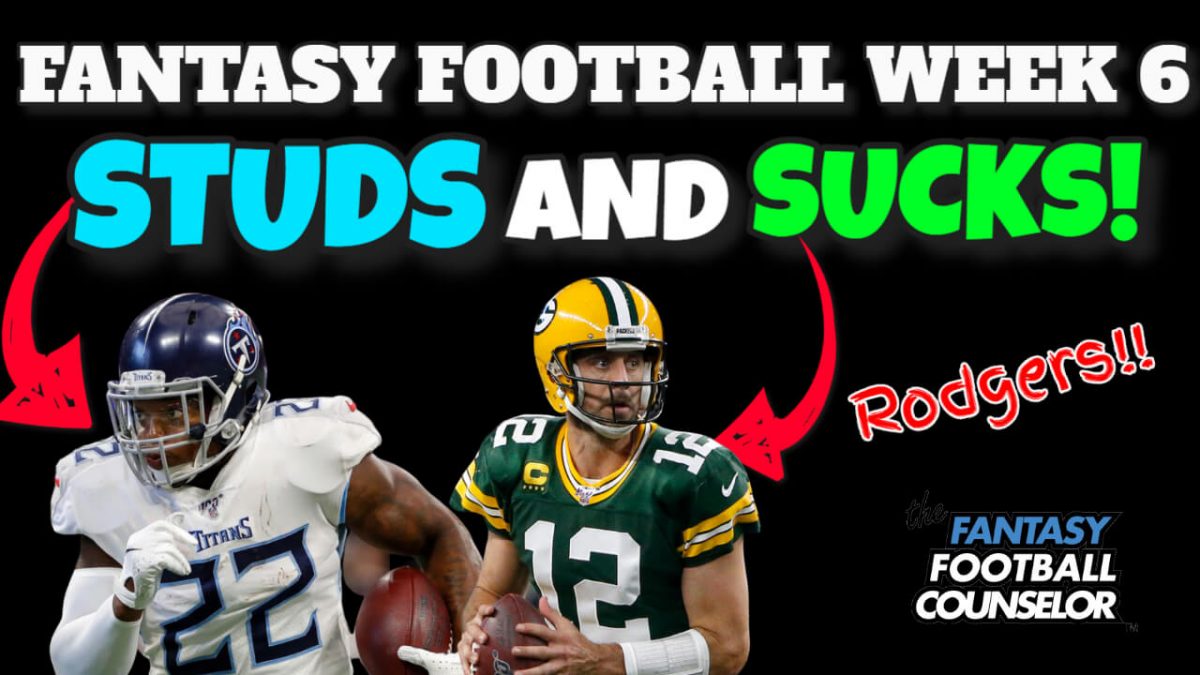 NFL Week 6 Studs and Sucks 2020. The Counselor and Tim discuss the top and worst fantasy performances of the week.

This was a great and crazy week at the same time and hope you guys did well with your lineups. I was fortunate to have the insight and have done the research to start Claypool and Jefferson. I am hoping all you guys have these guys stashed on your benches. This week really showed us that you can really have waited on a wide receiver in your drafts. Jefferson, Claypool, and Anderson are example names of players that could be drafted at the value and are crushing it. The so-called studs like Juju and DJ Moore have not been so hot.

There were also guys like Aaron Rodgers, Cooper Kupp, and Mark Andrews that crapped the bed as well. For me, it was Mattison who didn’t do too hot even given the opportunity. Sometimes even when a player is set up with a good matchup, they can really still crap the bed and put up zero points. Mike Gesicki is a guy that put up a donut this week for example. It is up to your consistent guys some time to keep you in the race week in and week out.

We still have a few more matchups tonight for Monday night football. Still a lot of fantasy relevance tonight.  Hopefully, you are still in the race and can pull out a win this week.

Make sure you are subscribed to this #1 fantasy football podcast to dominate your leagues. Make sure you follow FTFN for the latest news and notes from the top influencers on the planet.