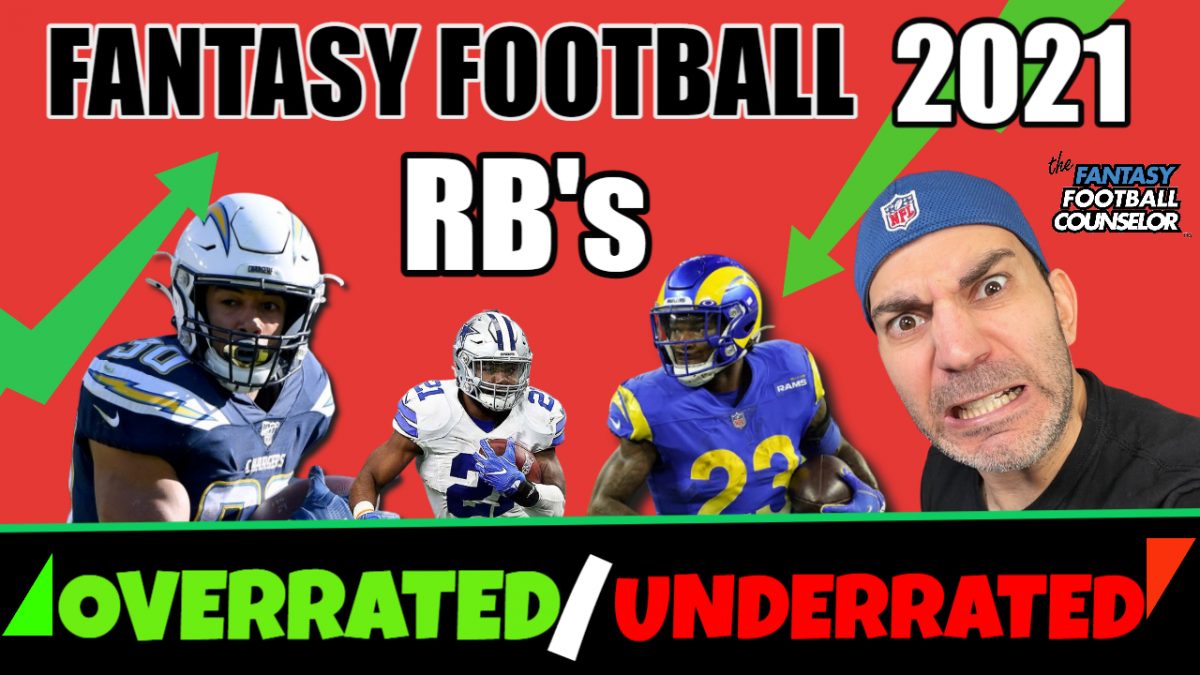 Tim and the Counselor dive into a list of relevant fantasy football RB’s and tell if you if they are over or underrated!

There are a lot of RB’s that are either ranked too high or too low on the consensus rankings. You need to know if they deserve their spot in the rankings or if they are overrated or underrated. The Counselor and Tim run through a list of guys and give you reasoning on their thought of the over and under on each player.

Players covered in this video include:

After an initial look at these guys, it is obvious that some of these guys deserve their current spot in the rankings. In fact, some of these guys like James Robinson (ranked 20th amongst RB’s in ppr) are considered sleepers. The mainstream will lead you astray as they focus mainly on the popular players of players that did well last season. They sleep on the potential upside of guys like James Robinson, David Montgomery, and Cam Akers.  Cam Akers was really turning it up at the end of last season, and while he did not finish with top 10 fantasy points, he has the potential to be a top 10 guy. The mainstream doesn’t see it that way. They say what have you done for me lately. They say how did you finish last year. They say who can I put in my rankings and play it safe with.

Playing it safe will not help you win your fantasy football leagues. It is not the way to go. You have to think outside the box and project how things are going to go. If you do what everyone else is doing you will not be ahead of them and you will not win.