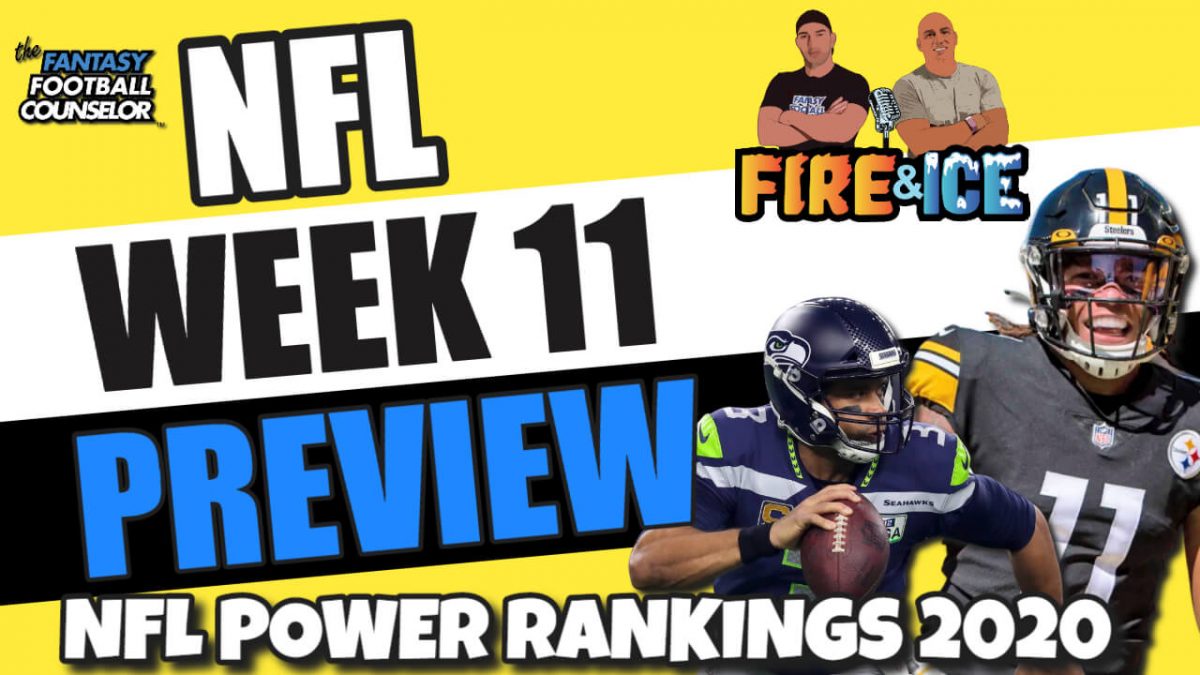 NFL Week 11 Preview and Predictions for 2020. The Fantasy Football Counselor and Tom dive into this week’s predictions and spreads. We also talk about power rankings and MVP talk.

There is a ton of good teams that could be on the top right now. Including the Chiefs, Steelers, and the Bills. Who is on top though? We dive into the facts. The Superbowl is up in the air and almost anyone can win it this year. The teams like the Seahawks, Dolphins, and the Browns can climb up the rankings super quick as well. As of right now, it is safe to say that the Steelers are on top because of the record, but anything can happen.

The MVP talk is something we should always talk about as well. Russell Wilson was the top contender here but has gone down in the MVP talk because of the recent game and his lack of top performance. I feel that he will surge back and do well. Pat Mahomes has to be in consideration along with Josh Allen. Josh Allen is probably the front runner for the time being, but anything can happen in the NFL.

The match of the week might end up being on Thursday Night Football between the Hawks and the Seahawks. This is going to be a shootout and looking for Wilson to redeem himself from the loss to the Cardinals weeks back. I feel this will be the start of the comeback for Russell Wilson and making that MVP case. Either way, I will be really looking forward to watching this game on Thursday night and you should be also.

Make sure you are subscribed to this #1 fantasy football podcast to dominate your leagues. Follow FTFN for all the latest news and notes from the TOP influencers on the planet.