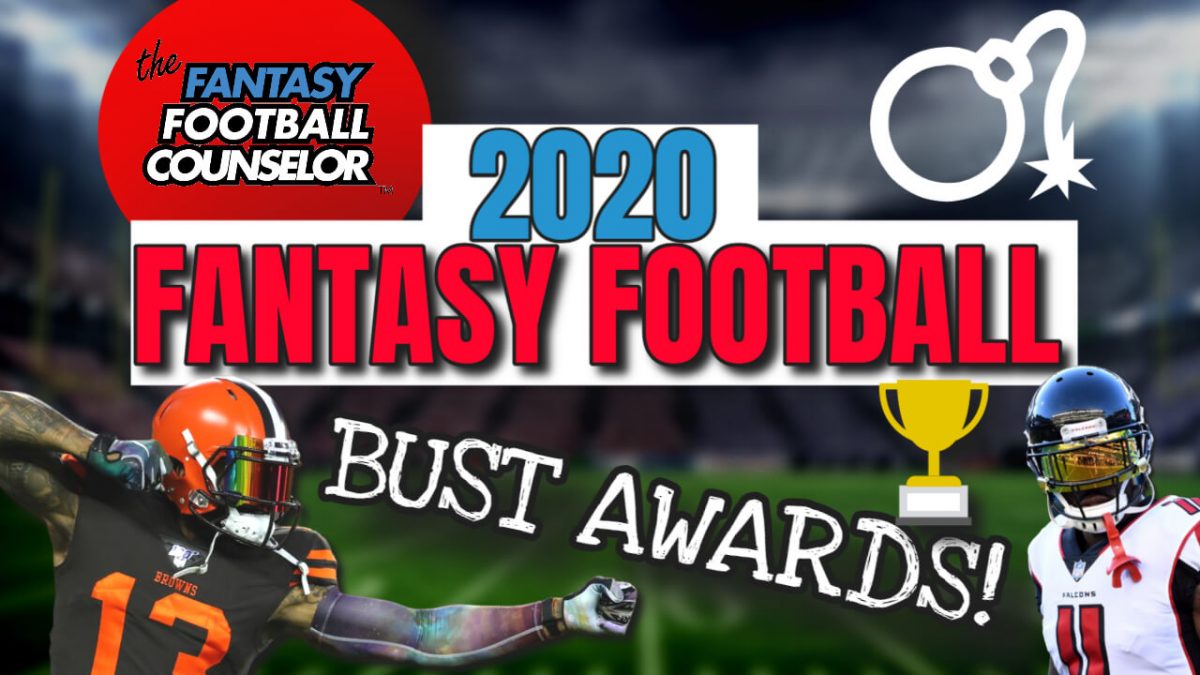 Fantasy Football 2020’s biggest busts of the season. The Counselor awards the biggest busts at each position. Listen carefully so you don’t end up with a bust next year!

There were a ton of busts this season and you should be aware of and yes injuries count. Guys like CMC and Odell are just a few names that stick out when you think of busts. I warned against many players including these guys. Here is a list of busts at each position that performed below their average adp.

This is just to name a few. But there were other guys like Lamar Jackson that people overspent on this season.

Yes, it was a very tough year with the pandemic and injuries. There were a ton of injuries that really made a negative impact on many teams. This is why you have to draft for depth and have a ton of RB depth on your roster. You also have to be really sharp on the waiver wire in order to dominate your leagues. When you are drafting next year be sure to use the experience you learned this year to help you avoid potential busts for next year. Thinking outside the box is one thing but be sure to get the 16 Rounds Draft solution and it will help you draft the optimal roster. Get it here: https://thefantasyfootballcounselor.com/

Make sure you are subscribed to this #1 fantasy football podcast as we go year-round! Also, follow FTFN for all the latest NEW and NOTES from around the NFL from the top Youtubers on the planet.