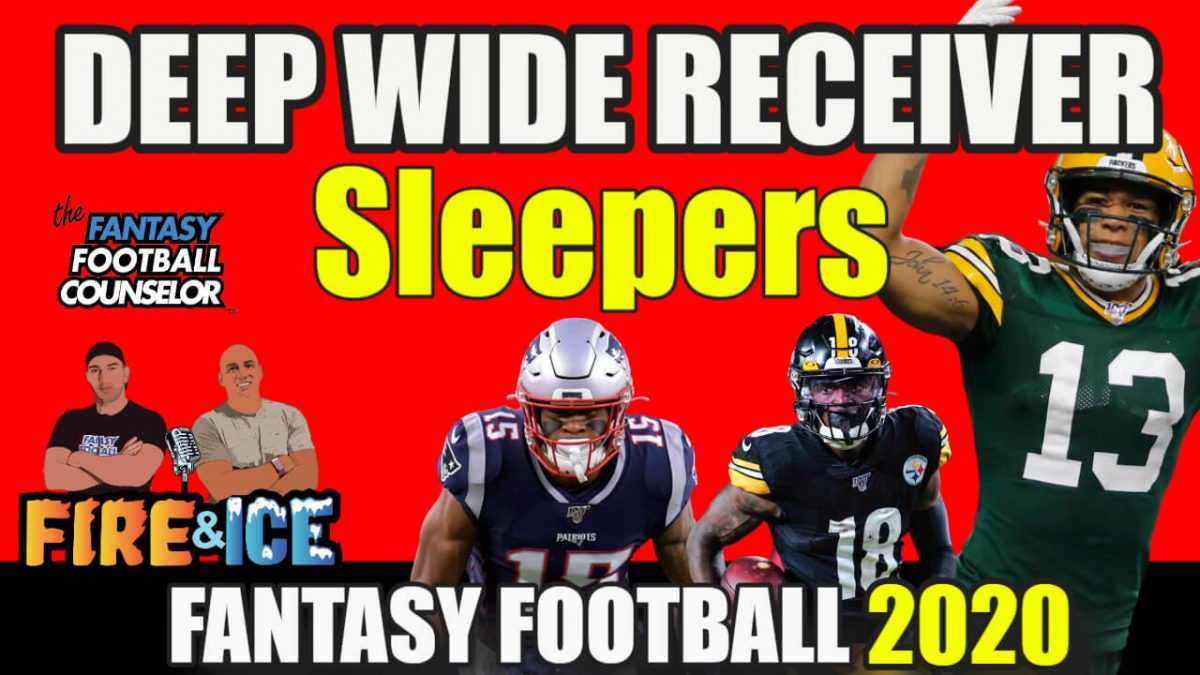 In 2020 Fantasy football, there is a ton of value later in your draft. You want to go robust RB this year because that position is very scarce later.  Lock in your Saquon Barkley’s and Zeke’s early on because you can’t get them later on. We mention a ton of wide receivers that are great value and deep sleepers, but some of them are really just boom or bust so you have to be cautious when drafting them.  The secret is to stash a ton on your bench and hope for a breakout. Once you have the RB’s locked down early, you will be ok stashing later rd receivers.

In this video, Tom and The Fantasy Football Counselor mention names like Diontae Johnson, Hunter Renfrow, Allen Lazard, Corey Davis, Mecole Hardman, and many more. Also providing a ton of insight on the player and their current situation on the team. When you draft a WR or any position for that matter, you need to make sure they get a ton of volume. Volume, opportunity, and the QB throwing the ball are all key factors of the success of a fantasy WR. When you look at later round sleepers, the risk is there and you have to be careful.  Especially be aware of the rookie WR’s as rookies don’t make that major impact in their first year. Give them time and consider the rookies more if you are in a dynasty league.

The real point of this episode is to raise awareness of these wideouts so you can look at the situation as we move into the training camps and camp battles. An injury to an opposing teammate could have some of these guys really emerge and be a fantasy breakout. Keep them on your radar and the ceiling is super high on some, but always remember to load up on RB’s early.

Make sure you are subscribed to this #1 fantasy football podcast to dominate your leagues!