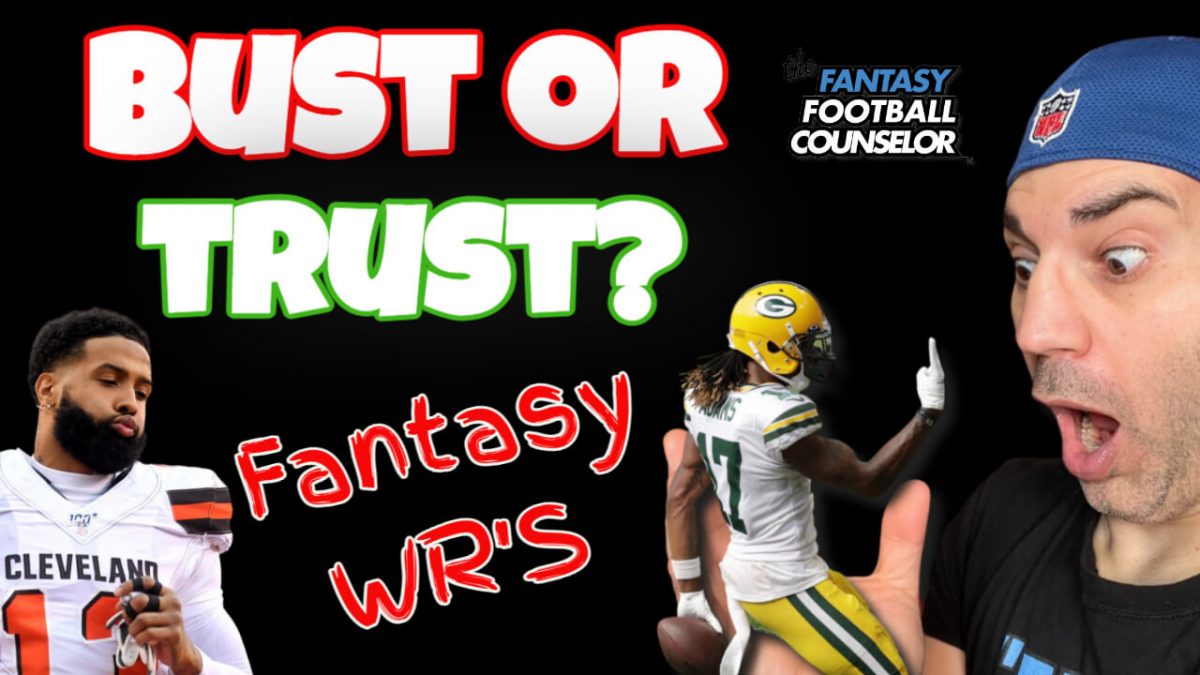 Do you trust or will they bust this season? The Counselor runs through some popular fantasy WR’s and tells you if they are trust or bust!

We gotta dive in and discuss these WR’s and figure out if they can be trusted for fantasy football draft this upcoming season.  We see the mistrust of the mainstream sheep analysts every single year and how they lead you astray. This year we will wake you up and make you more aware of the potential pitfalls that the mainstream sets you up for. In this video, we talk about Odell for example. He has busted 4 years in a row and was suggested to be drafted early each of those years.  Time to wake up and start looking at all variables of success of your players and thinking outside the box to get the edge any way you can.

Also, you have to look at the recent bias. Last year Davante Adams had a pinnacle year with 18 touchdowns. Will that happen again? It would be very hard to duplicate last year’s success and a lot of good things have to happen again for this year to happen once more. So we dive into the trust or bust potential of Adams. Note he will be drafted super early in the draft and are you willing to draft him knowing there will be a potential decline? We say the bust of Michael Thomas last year. We need to learn from our mistakes. We should say the mistakes that the mainstream sheep create and grow and do better.