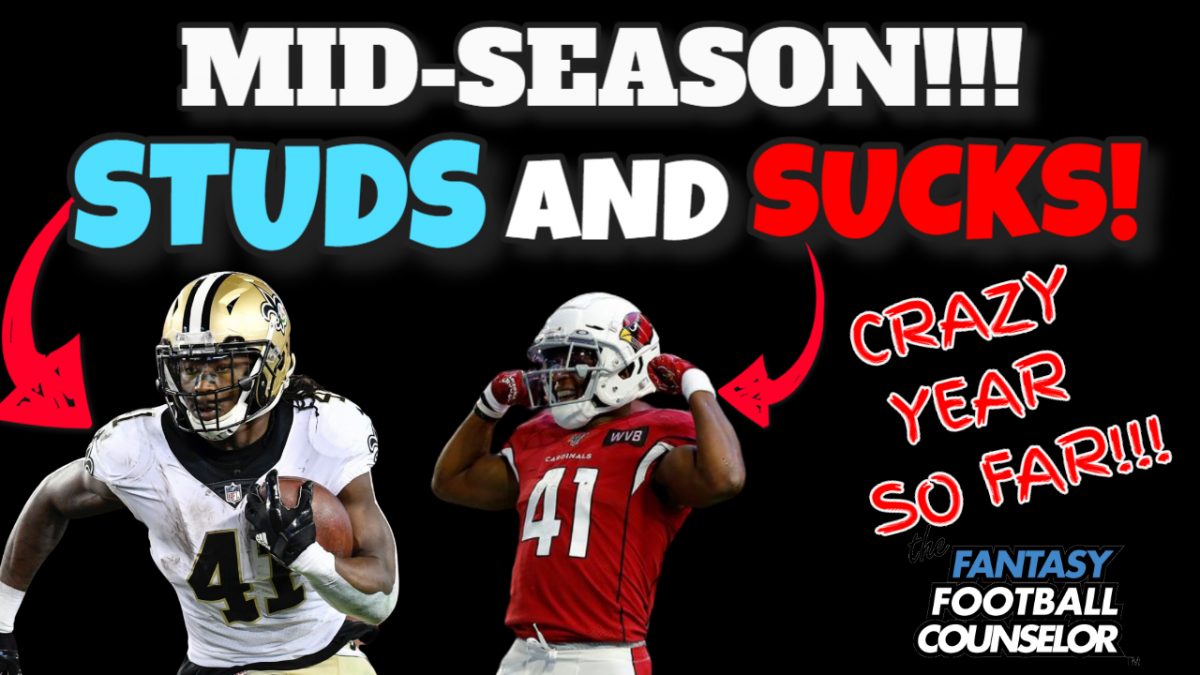 Mid-Season Fantasy Football Studs and sucks. The Counselor lays out the top and worst performers so far this season!

It has been a crazy year of lack of performances and injuries. From injuries to Nick Chubb to Barkley and even CMC, it has been madness. I dive into the MID-season studs and sucks. Some of the guys that crapped the bed this year include Ekeler, and Drake. These guys did not perform based on ADP and they are really ruining many fantasy teams with their bad performances. When I warned you about Drake, I mentioned that he had years to wow us and we were not wowed. You have to look at these trends and spot them early on so you don’t get stuck with busts. Some are easy to spot. Other guys that were easy to spot are Odell. He has now busted 4 years in a row. Don’t always buy the name hype and popular opinion. The mainstream sheep will always astray. Adapt the lion mentality in everything you do in life. Don’t be a sheep!

There have also been some solid studs this season, guys like Josh Allen, Russell Wilson, Kyler Murray, Dalvin Cook, Derrick Henry to name a few. They were as advertised and many people like Robby Anderson are performing above their ADP.

This is why you cannot follow the mainstream consheepsus. They are so stuck on last year’s recency bias and that won’t win you any fantasy football championships. You need to stray from the mainstream sheep. Thinking outside the box and projecting what could happen is how you win and succeed.

Make sure you are subscribed to this #1 fantasy football podcast to dominate your leagues. Follow FTFN for your latest news and notes from the top influencers on Youtube. Everything you need to get up to date on NFL news.