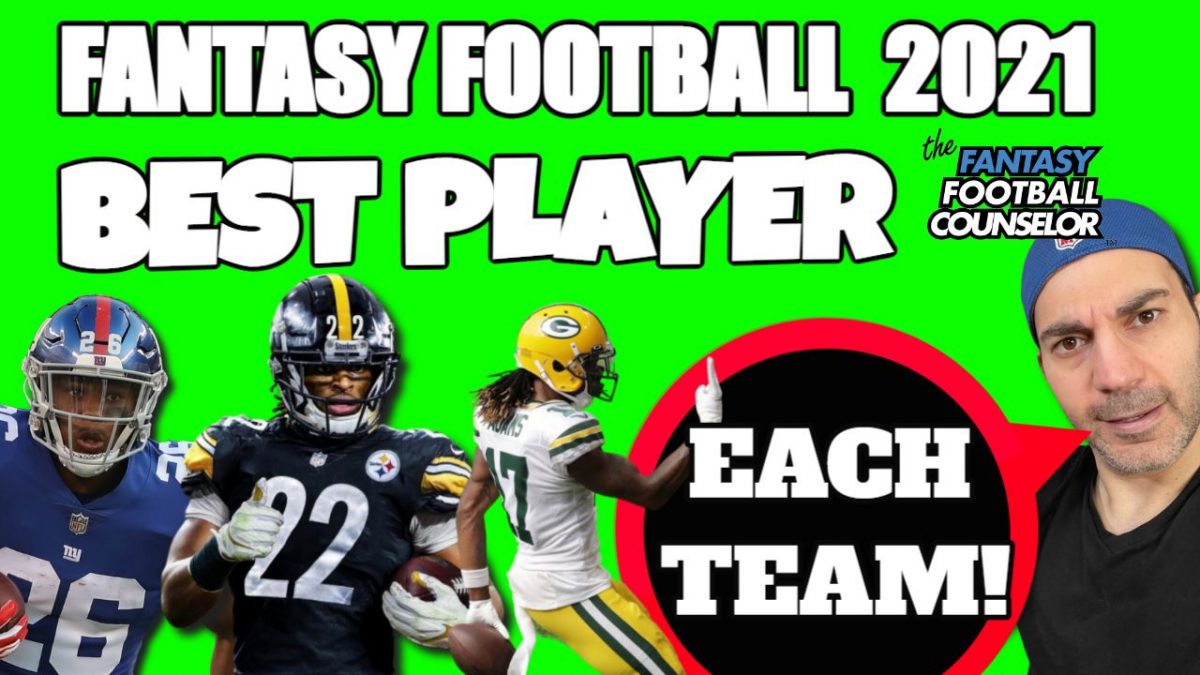 The Counselor lays out the best fantasy football player from each NFL team. Consider drafting these guys if the ADP is right!

From George Kittle to Justin Herbert, we go over the best fantasy football player from each team. Now some of these teams have a lot of question marks. The New York Jets are a perfect example of this as they are a young team. We have to see who emerges there. Overall we know who the best player for fantasy football 2021 is from each team and we dive into this on this show.

In no way am I suggesting you draft the “best” player from each team. Some of these players like Davante Adams for example are expensive and not worth the price tag for this season. Josh Allen is another example of overpaying. I loved Josh Allens 6th round value last year and will not be drafting him this season in the 3rd round. It is about seeing things before they happen and some player that is not the best may turn out to be the best.

This is why I stay away from the mainstream rankings. The Best players tend to be higher in the ADP and some of them are not worth the price tag. Michael Thomas and Lamar Jackson are a few examples from last season. What goes up sometimes goes down and you want to get players on the rise instead of grabbing them when the stock is high. I will be doing a full depth charts show to go into more details of which players to draft from each team coming soon.

In the meantime enjoy this show as we have some fun discussing the best players from each NFL team going into Fantasy Football 2021. Make sure you grab 16 Rounds Draft solution to crush your leagues this year!

Subscribe to dominate your leagues this season and forever!