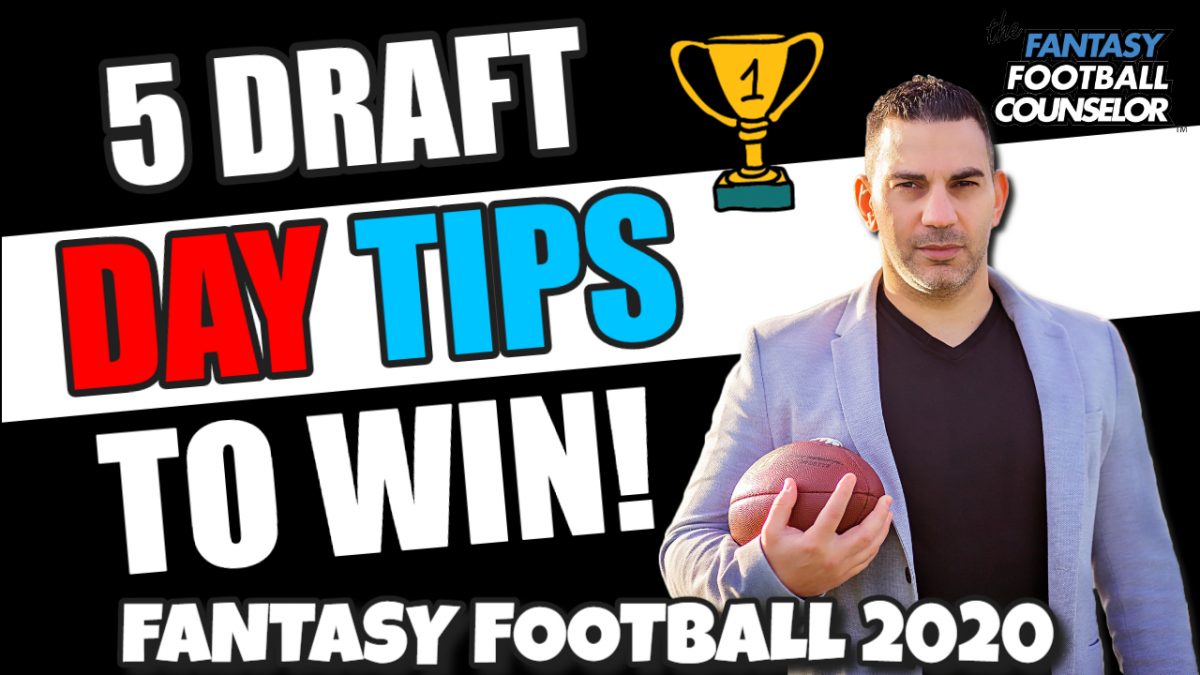 5 Practical fantasy football tips to win your leagues. The Counselor lays out some advice to give you the edge over the competition.

Be picky with who you put on your roster. Never settle for guys that are lower on their depth charts and have a big injury history. Take a look at the upside and situation of every player you draft, on and off-field.

Be aware of players you want and when they can potentially come off the board so you don’t miss out on them. Doing a lot of mock drafts can really help you with this process.

Don’t just draft a player because he is popular. This won’t win you championships. Guys like Odell have done nothing for three years. Be careful and spot the guys that are all show and no dough.

Have a team that is a combination of upside players and safer player. While there is no such thing as a safe player, you need to secure guys that are set to get a ton of volume on their teams.  I like this mixture because having a balanced team protects you.  Get the safer guys early and a lot of upside players later in your drafts. Trust me this works. I love breakout potential on my bench.

Load up on RB’s early in your draft and secure them before anyone else does. Taking away these top volume getters is crucial as there is only a handful of them to pick.

Make sure you are subscribed to this #1 fantasy football podcast to get the edge over the competition. Follow FTFN for all the latest news and notes around the league. Fan to Fan Network brings you to top NFL YouTubers on the planet all in one spot. Delivering the best real advice to help you in reality and fantasy football.